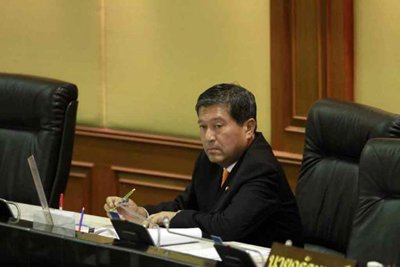 He said he would propose an amendment to the criminal procedure code so that drug convicts who appeal to the Central Appeal Court but have their death sentences upheld by the Court are executed within 15 days of the Court’s decision.

He said that if the drug convicts were simply jailed, they could deal drugs from behind bars and mingle with other criminals. “Criminal meeting criminal equals arch-criminal. I won’t listen to the National Human Rights Commission or NGOs, because I answer to the country and the public.”

He was speaking after presiding over a press briefing for the Wednesday drug bust that seized 1,020,000 Yaba tablets and 20kgs of crystal meth (also known as ice) worth 400 million baht from a house in Pathum Thani’s Lam Lukka district, and second-hand car dealer shops used as cover-up businesses.