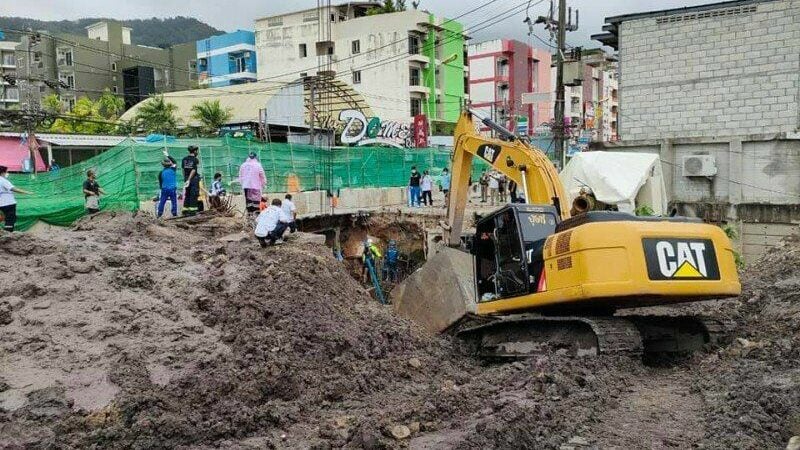 A 40-ish year old construction worker was killed in Phuket yesterday after he got stuck under a section of a storm drain; he eventually downed after rescue efforts failed. The man had been working at a construction site for a flood protection project near the Patong Hospital. He has been identified only as “Mr Mahana” and the Pattaya news says he is somewhere in the 35-40 year age range.

When the man’s coworker’s discovered Mahan’s dire situation, they rushed in to rescue him, but the storm drain proved too much for them to lift and the man perished. Rescue officials and Patong Police were dispatched to the scene around 3pm. Phuket Vice Governor Vikrom Jakthee and Patong Mayor Chalermsak Maneesri, a police chief, and officers from the Department of Disaster Prevention and Mitigation also went to the scene. After an hour, a crane was able to lift the storm drain section off Mahana, say officials.

Officials offered no explanation as to why Mahana was in the dangerous area or what preventative measures were in place to ensure sections of the storm drain wouldn’t fall on a worker. Patong police closed off the area of Phra Metta Rd where the incident occurred in case the ground collapsed at the site. 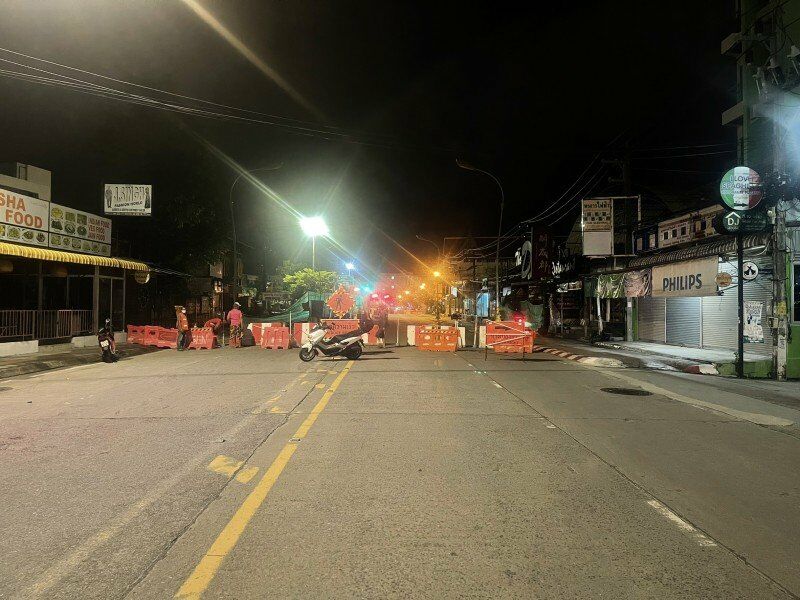 Mahana had been working on a project for the Public Works and Town Planning and Country Planning Department. The goal of the project is to install storm drains to prevent flooding in central Patong. It is set to last for 120 days from July 25 to November 21.