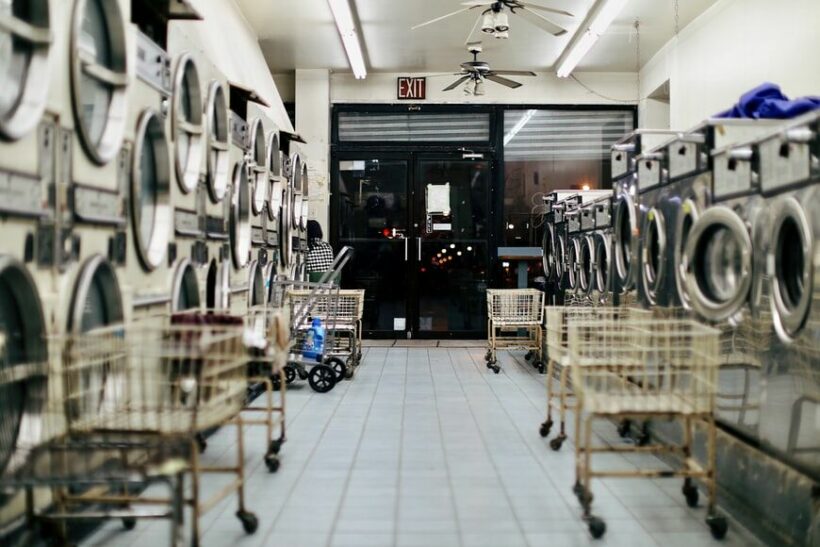 A woman was arrested for smoking methamphetamine in a laundromat in Pattaya last night. The woman allegedly said she loved “ice” and invited police to join her in smoking it, saying it would give them more energy. The Pattaya News reported that she seemed to be smoking “blatantly” in public, and not at all trying to hide it. Another laundromat user shocked by the woman called the police just before midnight. Police took the woman to Pattaya City Police Station to take further legal steps.

Pattaya City Police say the woman is around 40 years old, and didn’t have any documentation on her. They also said she didn’t appear to have brought any laundry to the laundromat. The police said the woman appeared to be “heavily under the influence” of drugs, and didn’t make sense when she talked to them. The woman allegedly said she bought the meth from a “friend”, but then claimed not to know this friend’s name or how to contact them.

Using methamphetamine in Thailand can earn people up to three years in prison, or a fine from 10,000 to 60,000 baht.

Fluke
3 minutes ago, Daddydaycare said: This is an EVERYDAY occurrence in Los Angeles. We’re desensitized to it here. Crystal meth is the commen denominator to our homeless crisis Threads wouldn't be complete with the comparisons to America . Every threads…

Dedinbed
8 hours ago, Thaiger said: invited police to join her in smoking Join or joint ..
Fanta
She makes all the right decisions.
HiuMak
wash your dirty laundry and off to prison you go
danpeter
Shows the power of Meth, who in the hell would want to spend a minute in a laundromat without needing to be there. If she was hanging out there without even doing laundry this makes the story even more sad for her.