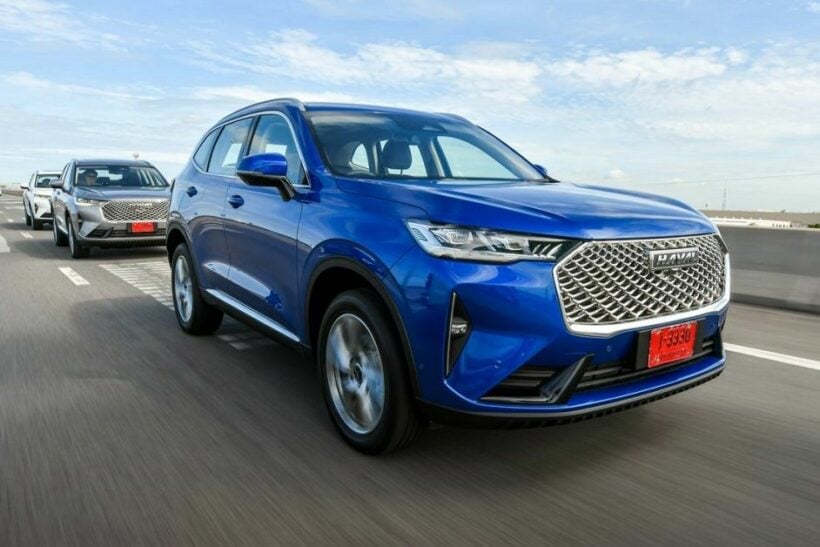 The recent launch of Great Wall Motor’s 2021 Haval H6 ULTRA Hybrid SUV in Thailand, has definitely set car lovers’ tongues wagging. Around 3 months ago, GWM announced it would be introducing the new H6 Haval ULTRA (the top model for the Thai range) with an accompanying theme of ‘It’s Time to CHANGE.’

The SUV is a true hybrid, including an electric motor and a turbo-charged petrol backup.

Along with the theme, the H6 ULTRA’s price has been set at 1,249,000 baht, which is a great deal for a car in this class, given that it comes with all the latest tech toys and finishes. The launch is also being supported by the Premier Deal campaign, which includes a 1.79% interest rate for up to 48-month financing, a 1-year comprehensive car insurance (only for October 2021), and other perks that total over 100,000 baht. And, here at The Thaiger, we couldn’t resist trying out the new SUV from China (but assembled in Thailand) amidst all the buzz about this new entry into the mid-sized SUV market.

Up front, The Thaiger was taken by surprise by this new SUV, an adaption of an earlier model. The whole electric/petrol drive system was completely seamless in the driving of the car. 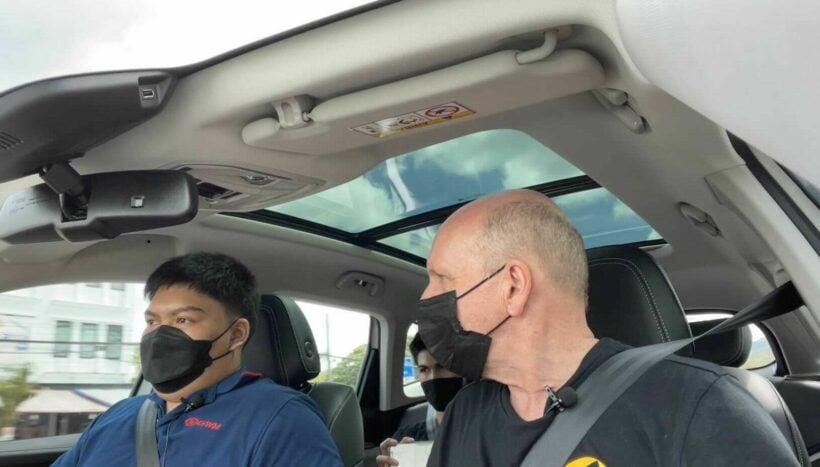 Checking out the H6 ULTRA’s specifications, it is clear that its opening price and lengthy standard features are right on par with other cars in its range. Moreover, the running costs are also quite low, making it a great SUV for long hauls. In reality, the H6 ULTRA’s price is at the lower end of the medium-range SUV’s across the board. But, its competition is fierce, with the The Toyota RAV4, Mazda CX-5, Hyundai Tucson, Kia Sportage, Honda CR-V, Ford Escape and relative newcomer MG HS, all neck to neck with each other.

But there are a few minor drawbacks about the GWM (Great Wall Motors) Haval ULTRA, but they don’t seem to be deal breakers. For instance, flooring the accelerator, the engine, or engines, seem to work harder than normal. There’s still plenty of grunt.

The 7-speed gear box, along with the car’s intelligent electronics, seamlessly combine the two engines so that you’re never really aware of whether you’re running on battery or petrol. Lastly, although Thailand has some of the best roads in Southeast Asia (and a few of the worst), the H6’s suspension tune still transmits a bit of road noise. Luckily, if you plan to drive this car in Thailand, the highways are mostly pretty smooth.

Taking the car for a spin reveals that the ride is smooth, while overtaking is slightly sluggish. However, it is up to par with other SUV’s in the mid-range category – none of them are sports cars. Drivers also get a range of amenities to assist them in their journeys.

The SUV’s exterior is that of stylish, sharp, and appealing. The 19 inch allow wheels, panoramic sunroof and electric tailgate certainly add to its attractiveness. Moreover, the chrome exterior trim livens things up, along with a full-width LED light bar at the rear. Compared to other cars, the H6’s exterior definitely is up there with the newest trends in modernity and style. 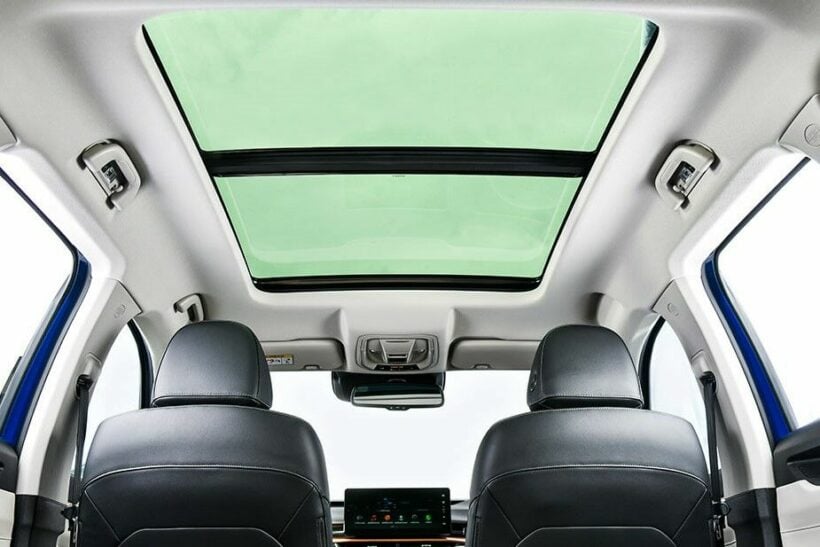 Inside, the cabin is modern, without compromising comfortability. However, the trim inside the car is very natty with a metallic-looking plastic feature strip on the base model, with the option of silver or ‘rose gold’ (on the top model). We think it would look better in a faux-timber look or just in a matte-black. You’re either going to like the fake metallic trim or not.

The 10.25-inch digital instrument cluster is a great amenity for a car of this range. Furthermore, the 12.3-inch infotainment touchscreen also bumps up the ULTRA’s prestige. However, to adjust the fan speed or temperature, you have to use the touchscreen, which could be difficult when driving. And, the SUV doesn’t seem to cater to Android users, as it only features Apple CarPlay but not Android Auto.

The ULTRA features a heated steering wheel, electric exterior mirrors and seats, making it great for colder climates. The passenger seat is also well-equipped by being electrically adjustable in 4 ways. A wireless smartphone charging outlet, ambient cabin lighting, anti-glare rear-view mirror and rear privacy glass also add to the functionality of the interior. And, storage for all of your expected items to be lugged around, is quite expansive. The front seats are noticeably plush and more comfortable than the previous version of the H6, while the second row is also quite comfortable. Families can be sure to have backseat access to 2 USB outlets, air vents, and a fold-down armrest with cupholders. Moreover, the second row features a surprising amount of head and leg room, beating out the RAV4 and CX-5. The luggage area includes 600L if you are using the second row, while expanding to 1485L upon folding the second row seats down.

We loved the party trick of self-parking, voice control on many of the cars accessories and features, the simplicity of the 3 displays and lack on knobs and switches. There’s not even a gear stick or parking brake, swapping them out for a simple turning knob and a quick flick switch to park the car.

We also loved the lack of a spare wheel and the system they’d installed to get you to the next town… you’ll have to watch our YouTube story to see how it works.

The case for the H6 ULTRA is a lot easier to argue than the case against. While it doesn’t take the top spot in any 1 segment, it is definitely a jack of all trades, making it solid across the board. A great price and amenities makes this SUV a top contender for mid-range vehicles, even beating out some of them in specific categories. One thing that’s clear, is that GWM’s Haval is definitely on its way to a reputable position in the global market.

gummy
Saw a report on this vehicle in an Australian YouTube clip.
cockneyboy
https://www.youtube.com/watch?v=pqA9cTWKWrY&ab_channel=ChasingCars
Jason
Tim does Top Gear....hilarious!!!!