A man has spent more than a year walking from Trang in the south to Doi Inthanon, Thailand’s tallest mountain in Chiang Mai – an epic journey of 1,533 kilometres – to spread the ashes of his girlfriend.

He was seen pushing a cart with his belongings and walking along with two dogs while holding a black kitten. Sakchai told The Nation he started walking from Trang in January 2017, staying overnight on the roadside along the way, with help from villagers. Sometimes, he slept in graveyards.

Sakchai said he was fulfilling a promise given to his girlfriend, who died in October 2016, to take her to visit Doi Inthanon. He went to work in Trang, where he met the woman and promised to raise the money to take her on a tour around the country and to Doi Inthanon.

Sakchai said he planned to make merit for his girlfriend on the mountaintop and spread her ashes there. He said me met the two dogs and the kitten along the way.

He found the first dog abandoned in Samut Prakan and the second one in Phitsanulok and they followed him. He found the kitten on a roadside and had picked it up out for fear that it would be run over by a vehicle.

Sakchai couldn’t hold back his tears when speaking about his girlfriend, saying they were very close while working together in Trang. He said he could not yet stop thinking about her. 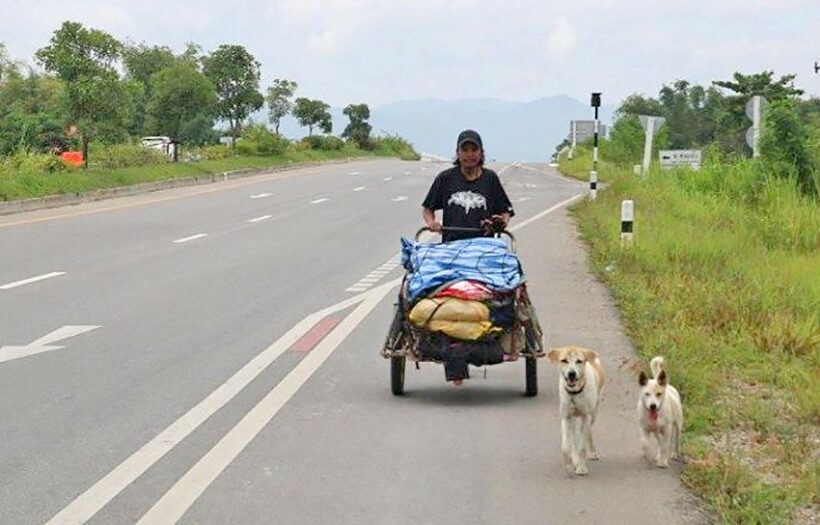 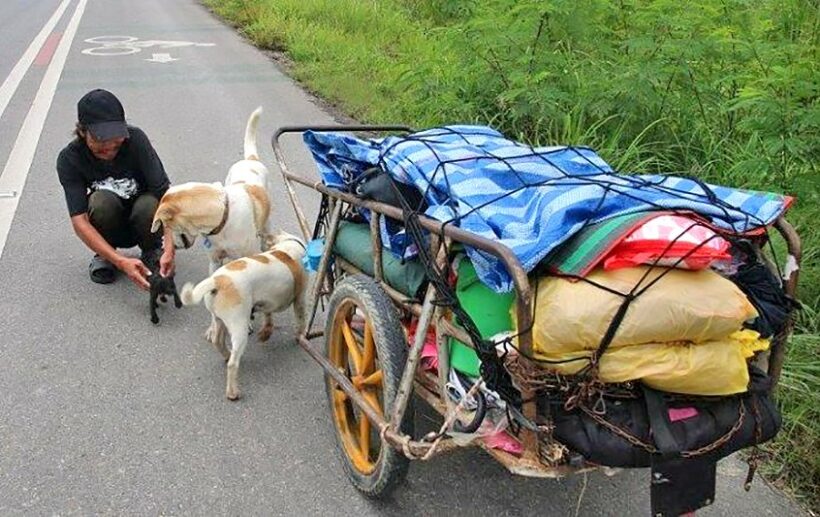