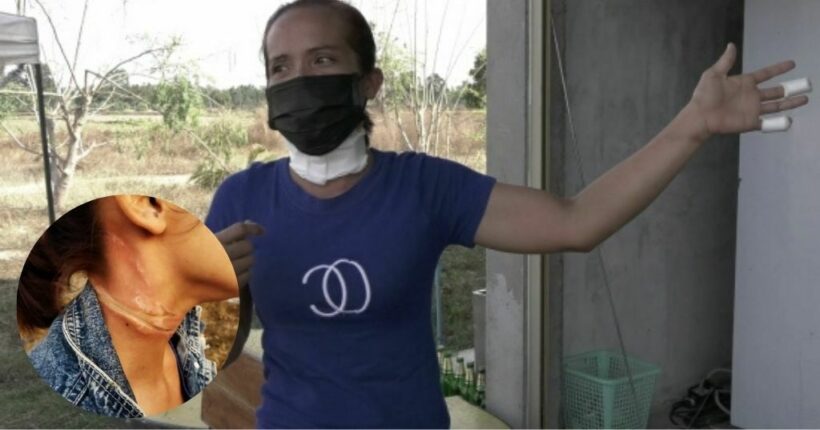 The 28 year old woman driving her motorbike got tied by a random rope, which wrapped around her neck, cutting her. Reports in Thai media say the rope was “mysterious” and it’s unclear where exactly it came from.

The motorbike rider says she was driving on the main road in the Isaan province Buriram at around 5am on Monday when a rope, which appeared to be nylon, wrapped around her neck. She says she couldn’t breathe and tried to pull the road off without losing control of the motorbike. Her fingers also got cut as she tried to remove the rope.

She quickly rode a motorbike to her husband and then visited a hospital. The doctor said that her fingers’ ligaments were almost cut, and the wound on her neck was severe. She also reported the incident to the police, but the rope was gone when the authorities investigated the scene on Khu Mueng – Phutthaisong road, which is the main road in Buriram.

Easterneye
That’s allways been a random thing in rural Issan tying ropes from tree to tree to have riders off bikes , obviously the scum that did it didn’t get the desired effect to have her off the bike to rape…