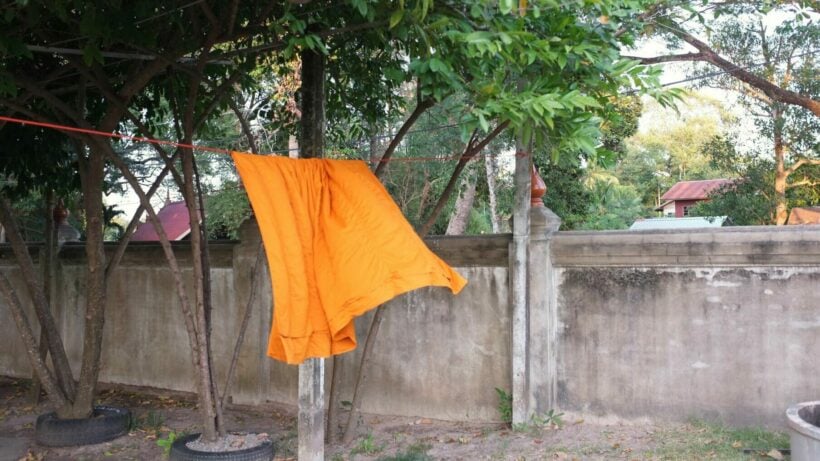 A monk allegedly shot and killed a man, who he had a long-standing feud with, at a Buddhist meditation centre in northern Thailand’s Phitsanulok. The alleged shooter has been stripped of his monkhood and now faces murder charges.

Sai Yoi police officer Suparerk Chanmee says the shooting at the Ratchathani Buddhist Meditation Centre was reported to the police around 10am this morning. Police and rescue workers responded to the scene shortly after the report.

The alleged shooter, 41 year old Phra Sitthikorn Yankhrue, who runs the centre, was waiting for the police at the scene. Thai media says the monk gave up a gun to the police and surrendered. The body of 67 year old Phadung Thongbo was lying dead nearby with gunshot wounds on his body.

52 year old Suthewadi Ratchathani, who reportedly witnessed the shooting, said that 3 years prior she had invited Phra Sitthikorn to lead a meditation centre. At the time, Sitthikorn was at a temple in the Uttaradit province.

Suthewadi adds that she had donated land for the meditation centre. The eyewitness continued to say that the victim owned a section of land next to the centre and had an ongoing feud with Sitthikorn.

She says when she got to the centre this morning with food for Sitthokorm, he was in the midst of a fiery argument with Phadung. Suthewadi adds that she then saw the monk, who was in charge of a meditation centre, blast the other man with a shotgun, killing him.

Phra Sitthikorn has since been booted from the monkhood by a local abbot. He has now been charged with murder.

Bluesofa
1 hour ago, colinneil said: Any monk guilty of any crime, has to be de frocked before police can charge him with a crime. And is there a queue for that too?

BuffaloWhisperer
48 minutes ago, Bluesofa said: And is there a queue for that too? Do they have to do it at the temple? Wat defrock.