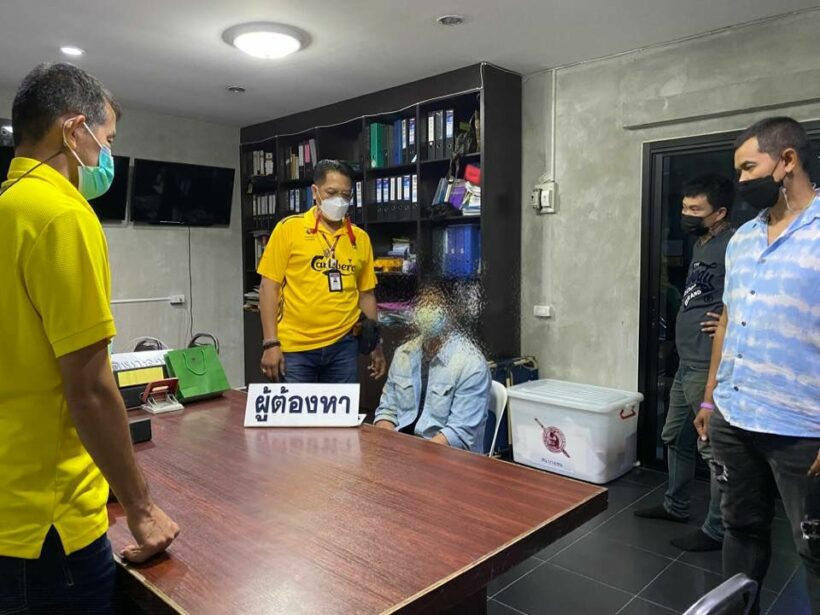 A 47 year old man from Sri Lanka was arrested after he allegedly attacked a neighbour, smashing a glass bottle on his head and then stabbing him with the broken glass. Reports say he claimed the victim had used black magic against him to cause him pain.

The victim, who is also 47 years old, says he was eating dinner in his room on the fifth floor at around 6:30 pm when he heard that someone was knocking. Other residents in the apartment building in Bangkok’s Sai Mai districts reportedly told police that they heard the man knocking on another’s door. The victim says the suspect knocked about two to three times before he knocked down the door.

The Sri Lankan man suddenly hit the victim with a glass bottle on the head and stabbed the victim again in the shoulder with the broken glass. The victim says he was confused because not only does he have no conflicts with the neighbour, he doesn’t even know him.

Officers say the suspect was still at the apartment when they arrived. They say he was walking around and appeared to be nervous. Reports say the man thought his neighbour had done black magic, causing pain in his legs.

Jason
What can I say...amazing Thailand
Fanta
Was his neighbor Tao Titan Face? If so, let him off with a warning. https://thethaiger.com/news/national/food-delivery-rider-who-attacks-pedestrian-on-sidewalk-in-bangkok
joseph
We use the massive "Disco Busses" to transport approximately 1/2 of a 2500 workforce. 20+ years ago one of these busses had a head on with an overloaded truck. Sadly 12 died. As a result malevolent spirits were seen searching…
HiuMak
Do Sri Lankan believes in voodoo?
Fanta
2 hours ago, HiuMak said: Do Sri Lankan believes in voodoo? This guy believes and he doesn’t take drugs either ;-)