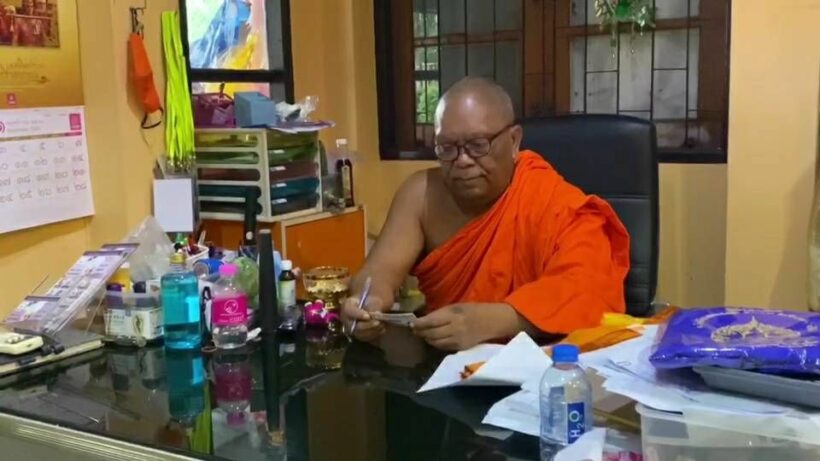 The monk who recently won 18 million baht in the lottery and decided to give the winnings away apparently had to leave his temple because people kept coming by asking him for money. He’s now at a temple at another province, but he’s keeping the location a secret.

A monk at Wat Thinnakorn Nimit in Nonthaburi, just outside Bangkok, says that Montri Samajjo, the monk that won the lottery, is not at temple anymore. The monk had donated money to the temple and to people in need, but the news drew in a number of people who apparently disturbed the clergy at night and even made it hard for them to sleep.

Coconuts Bangkok says it’s forbidden for monks to buy lottery tickets. The monk says he bought the tickets because a lottery ticket seller came by the temple asking for help.