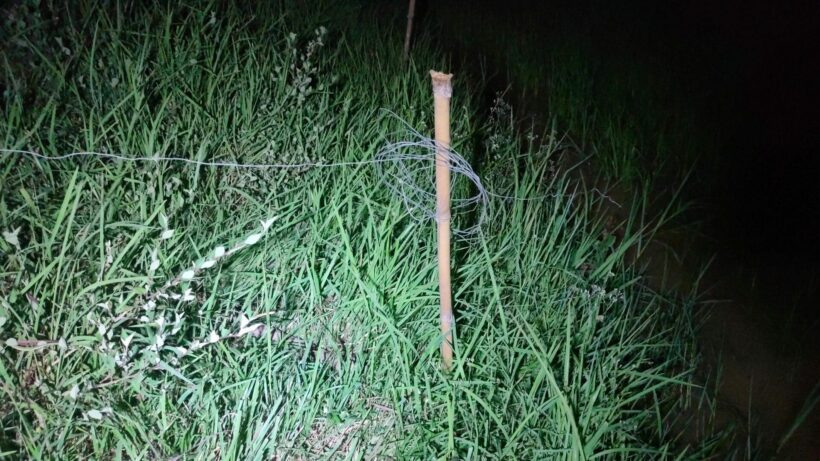 A 58 year old farmer and his 26 year old son were both electrocuted to death last night in the Isaan province Khon Kaen. The farmer had been placing an electric fence at his rice field to protect wandering cattle from damaging his seedlings.

Local residents walking by heard dogs barking and looked over to see the farmer, Prasert Nonpoo, lying in the mud. Villagers told his son, Suksan, who then ran over to help his father. A report from the Bangkok Post says Suksan touched his father and then collapsed and lost consciousness. Suksan was sent to Mancha Khiri Hospital and pronounced dead.

Police suspect Prasert was stringing an electric wire from a shelter where he often stayed overnight to an area of the field where he had planted seedlings. Officers who investigated the area say the wire appeared to have dropped on a live electric contact at the shelter, electrocuting Prasert who was standing in water in the seedling nursery.

TobyAndrews
I cannot understand this. An electric fence should not be strong enough to kill a person We had them on my grandfather's farm. The trick was to grab someone's hand and then the electric fence. They would receive the full blast.…

Tjampman
30 minutes ago, TobyAndrews said: I cannot understand this. An electric fence should not be strong enough to kill a person We had them on my grandfather's farm. The trick was to grab someone's hand and then the electric fence. They…
Geoff
It wasn't a commercial installation was it? It was a home made job which went wrong.