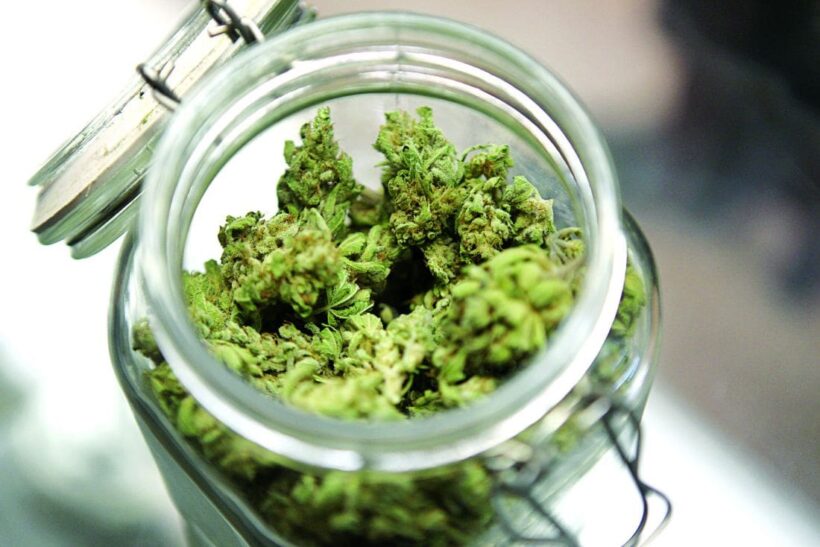 The Thai Cabinet met yesterday to clear a bill to legalise the medical use of marijuana. But there’s one caveat… that the legalisation must be reviewed after five years.

The bill was drafted by the National Legislative Assembly (NLA) following months of consolation and online polls.

Following the Cabinet’s green light and recommended addition, the draft law will go back to the NLA for further deliberation along with comments from the Council of State, the Public Health Ministry and the Office of Narcotics Control Board (ONCB).

“In all, the bill unlocks marijuana use for patients and doctors only,” Government Spokesman Puttipong Punnakanta said.

According to him, the Cabinet resolved to add a provisional chapter to ensure that the Public Health Ministry will strictly control marijuana use for at least five years after the cannabis legalisation becomes effective, and that the law will be reviewed after five years to check its effectiveness.

“Following the review, marijuana use may then be further eased or restricted,” he said.

At present, some research suggests that marijuana has medical benefits. According to several studies, marijuana can be used to manage pain from nerve damage and cancer, nausea from chemotherapy and loss of appetite among HIV patients.

It is also helpful, according to some research, for seizures in some patients and chronic neuro-inflammation.

There are, however, lingering concerns about whether the authorities will be able to efficiently control marijuana once it is allowed for patients to use at home. The government, therefore, has reiterated that strict control measures will be in place.

“Due to some complicated conditions that relevant authorities look set to introduce, farmers may not enjoy the benefits of marijuana despite the fact that they have had health problems and there is proof that marijuana can be helpful,” he said.

Prapat said his council wanted to see farmers have the right to treat themselves with marijuana, which could be grown at a low cost.

“If farmers can grow marijuana, they will also earn good income. Marijuana from Laos can now be sold at no less than 5,000 baht per kilo,” he said.