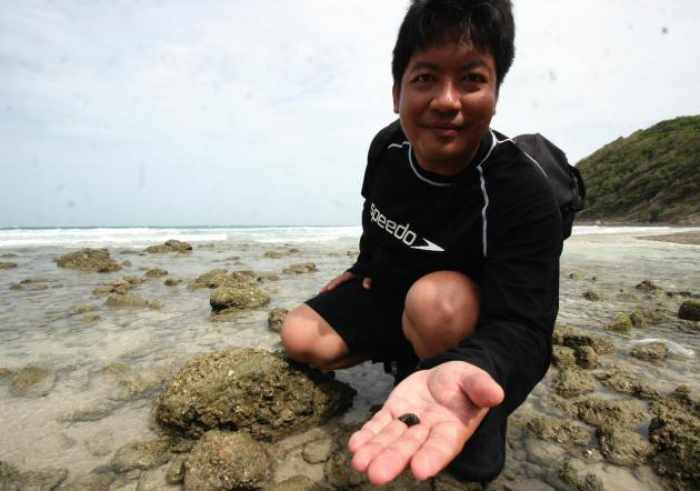 PHUKET: Even though a researcher says that Koh Samet’s Ao Phrao is recovering naturally, with the number of marine organisms in the area rising, an academic disagreed, saying the ecosystem was not normal yet and that the coral reef had been bleached.

Local residents and business operators are also calling for greater rehabilitation measures and compensation for damages caused by an oil leak by PTT Global Chemical (PTTGC) off Rayong province on June 27 last year.

Burapha University’s aquatic scientist Vichaya Gunbua presented reporters his findings from the affected area during an inspection trip on Wednesday. During the trip, Vichaya claimed that marine life like giant clams, flower crabs, damselfish and rainbow fish as well as sea urchins and species such as lancelet had returned to the area, suggesting that seawater there was clean.

The number of benthos, a community of organisms that live on, near or in the seabed, had also risen at Mae Rumphueng, Suan Son, Ao Phrao and Ao Wongduan beaches, he said.

However, Thon Thamrongnawa-sawat, deputy dean at Kasetsart University’s Faculty of Fisheries who has also been conducting a study in the area, said the number of marine organisms at Ao Phrao was still less compared to other beaches. A normal beach with a normal ecosystem should have 10 organisms per square metre, but Ao Phrao did not, he said.

“I admit that there are more benthos [organisms] and it’s getting better, but it has not yet returned to normal,” he added.

Thon said another worrying indication of the ecosystem’s abnormal conditions was the bleaching of the coral reef caused by the oil spill.

Meanwhile, a source said a satellite image released by Geo-Informatics and Space Technology Development Agency showed that the oil leak had also affected tambon Ban Phe, Pak Nam along the Rayong coast, even though PTTGC had reportedly used chemicals to dissolve the black oil slicks.

Separately, Sutharak Kijthawee, a fisherman in tambon Pak Nam who has joined 445 fellow fishermen to sue PTTGC for Bt400 million, insisted that the spill had had adversely affected their livelihood.

He said many fishermen now had to either fish in Chumphon province or take up labour jobs for Bt300 daily.

“I want related agencies to provide us with information about rehabilitation progress and solutions. I have noticed many fish mysteriously dying and sometimes tar balls sweep ashore,” he added.

Bang Kracher Fishermen’s Group head Weerasak Khongnarong said the fishermen’s logs on their catches – which show that their catches had shrunk by 80 per cent after the leak – would be used as evidence in court.

However, Saravoot Wannaprasert, manager of Ao Phrao Resort, said the number of guests at his hotel had dropped by 20 per cent after the oil spill.

“I hope things return to normal during high season in November,” he said, adding that the resort also had to close temporarily for three months after the incident. He said that though PTTGC had provided some compensation, it was not enough to cover the damages.