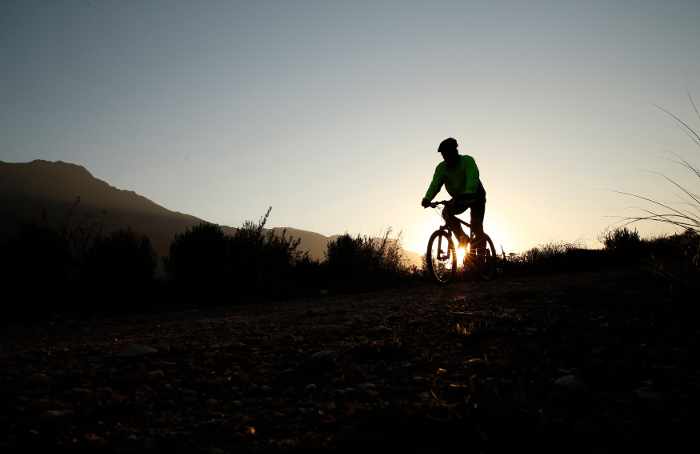 PHUKET: Mountain bikers tempted by the US$1 million (about 3.2mn baht) in prize money up for grabs in a new South African endurance race are given a warning before they sign up: “This could change your life, or end it”.

Teams of two will have to come up with a US$10,000 entrance fee to race on December 3 in The Munga – a gruelling unassisted 1,000-km ride across South Africa’s semi-arid Karoo desert region at the height of summer.

But the pair that crosses the finish line first in the southern Cape wine-country hills of Stellenbosch will collect $750,000, dwarfing the sum shared by the winning Tour de France team.

The challenge of mountain biking almost non-stop across the desert with barely any food or sleep ranks The Munga among the world’s most punishing endurance events.

But it is the cash that makes the race stand out.

“I’ve observed in me and guys around me digging deep in extreme races and they were doing that for nothing more than intrinsic motivation and war stories,” Alex Harris, the endurance athlete and explorer behind the event, said.

“I am convinced the money and format will make people dig deeper than ever before, hence the ‘toughest race on earth’,” added Harris who, as well as being a multiple national track cycling champion, has walked unsupported to the South Pole and climbed Mount Everest.

Harris says 20 percent of the entrants will be experienced or professional cyclists with a chance of victory, while the remaining 80 percent will be amateur adventurers who just want to finish the race within the five-day cut-off time.

Riders will have to successfully mix strategy and psychology, choosing when to catch a couple of hours’ sleep or stop to eat while all the time keeping an eye on the mental and physical state of their teammate.

“Two things will happen as the race gets to the business end: one, there is the psychological stress that eats away at you and, secondly, your body starts to break down,” Harris said.

“You start to get ‘sleep monsters’ and they come on at any time, night or day. This force pulls down on your eyelids and you just want to roll up in a ball and fall into a deep sleep.

“If that happens when you’re on a bike, you’re in trouble.”

The Cove to screen in Phuket