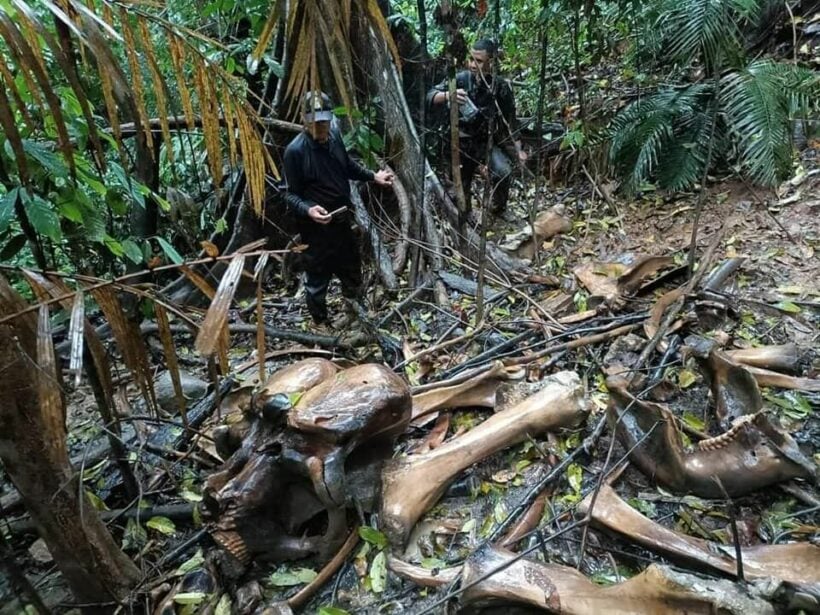 The remains of an elephant missing its ivory tusks were found by national park authorities at a mountain in the southern province Songkhla. Officials suspect the elephant was killed by those involved in the illegal ivory trade.

Locals found the bones of the elephant on a mountain in the Pa Kabang Reserved Forest in the province’s Sabayoi district. National park officers spent hours investigating the area. Reports say the elephant’s skull had what appeared to be bullet holes and the ivory tusks were missing.

Near the elephant’s carcass, park officers say some trees had been cut to make a temporary bed. Thai media reports that there will be a further investigation to track down poachers and illegal ivory traders.

HolyCowCm
Disgusting immoral maggots. Maybe if they get caught they should have all their teeth pulled one by one. At least they get to live afterwards.

Phuket international school petitions against slaughterhouse being built nearby