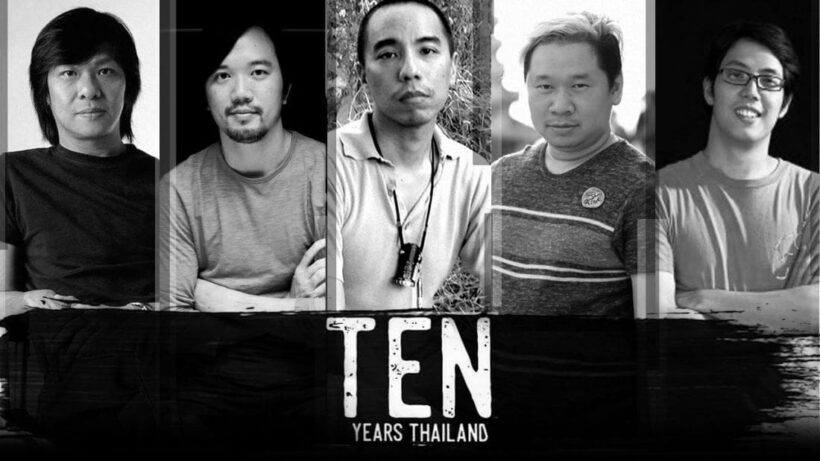 A new Thai movie ’10 Years Thailand’ will screen nation wide next week after having finally been approved by the censor board last Monday. The film is a dystopian anthology made by four Thai film makers and is based on the 2015 Hong Kong film ‘Ten Years’.

The film is directed by Aditya Assarat, Wisit Sasanatieng, Chulayarnon Siriphol and Apichatpong Weerasethaku, the winner of a Palm D’or at the Cannes Film Festival in 2010 for his film ‘Uncle Boonme Who Can Recall His Past Lives’.

Running 95 minutes ’10 Years Thailand’ presents each of the film makers vision of Thailand’s future, where a fifth segment by Chookiat Sakveerakul, which was not included in the Cannes screening, is set to be part of the full cinema release.

The stories range from a black a white film in an art gallery, to an Earth where the last human is made to live in a Cat dominated world. A constant theme of censorship and forced conformity rings out throughout the film, and its directors have a found a platform to visually represent their concerns for their country and its future.

Rather than a form of social commentary for what has happened or is happening, the focus is on how we might help shape and mold the future.

We will have more detailed updates on the Phuket screening and times as soon as more information is available.

The rich do get richer, at least in Thailand