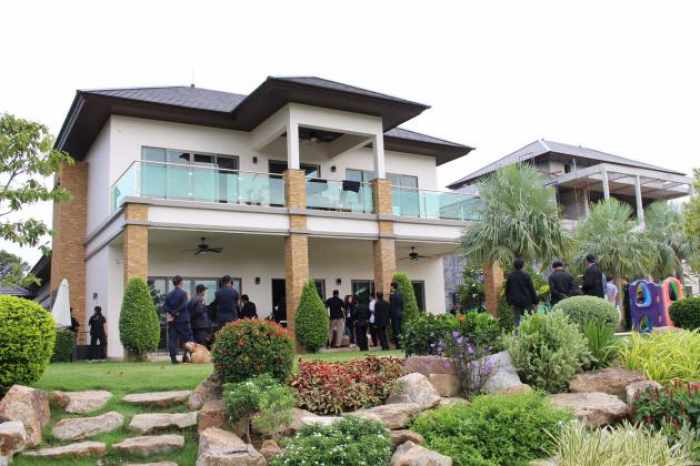 PHUKET: A Dutchman and his Thai wife were arrested yesterday in Pattaya for allegedly conspiring to sell marijuana via a network in the Netherlands that reportedly earned Bt600 million to Bt800 million per year.

Authorities froze the couple’s assets worth about Bt150 million.

According to Thai law, the couple will be tried and punished here before being extradited to the Netherlands.

Following a request by the Dutch government, a team comprising agents from the office of the Attorney-General, the Anti-Money Laundering Office (AMLO) and the Department of Special Investigation (DSI) searched four sites in Chon Buri province. Johannes Petrus Maria Vanar-hoven and Mingkwan Vanarhoven were charged with transnational drug trafficking and money laundering.

Surasak Trirattrakul, an executive from the Office of the Attorney-General, said the two suspects and the man’s elder brother, who |was already arrested, allegedly imported and distributed marijuana beyond the Dutch legal amount for years and laundered drug money by purchasing assets and opening businesses in other countries including Thailand.

Wanchai Rujanawong, spokesman for the Office of the Attorney-General, said the gang reportedly gathered drugs in Asia to be smuggled into the Netherlands, where they had coffee shops as a cover-up business.

AMLO will check with banks about safe deposit boxes that the couple might have rented to hide their assets.

Wanchai praised the successful operation and said he hoped this would lead to further cooperation to crack down on transnational criminals in tourist destinations such as Pattaya and Phuket.

Sihanart Prayoonrat, secretary-general of AMLO, said his agency had seized Bt20 million in bank accounts, eight properties worth Bt100 million, three luxury cars worth Bt30 million and some cash, gold ornaments and two pistols |with 159 bullets belonging to the couple.

Phermphun Phungprasit, deputy director-general of the DSI, said the agency had worked on this case for a year until they reached the couple. The agency then contacted prosecutors to approve the arrest warrants and later to proceed with the extradition.