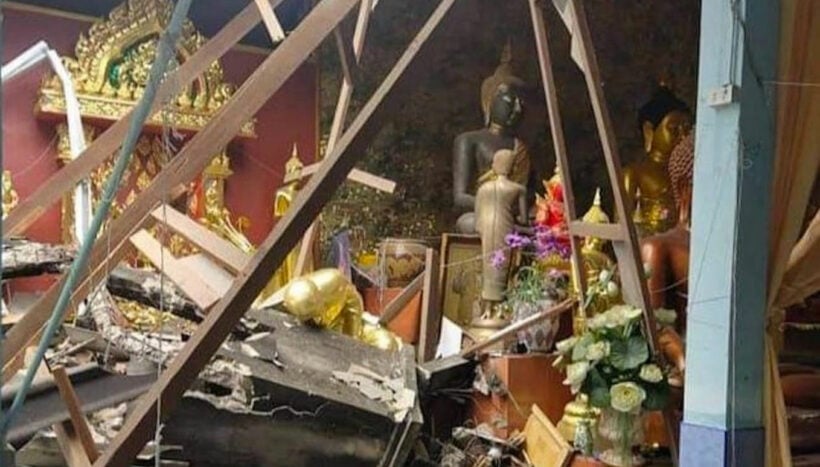 A boom crane toppled in the southern Nakhon Si Thammarat province yesterday, taking down a wat ‘temple’ that it sat atop, along with its crematorium. Temple officials had hired a contractor to dissasemble the structure, because they’d already outlaid 3 million baht to build a new one nearby. But they couldn’t take down the shrine before removing its towering smokestack.

A worker was swinging from a cable hanging off the crane’s boom arm to grab and lasso the top of the chimney. And so the lifting began. But the smokestack tumbled over and, as it collapsed, dragged the crane over with its weight.

No one was injured in the incident. The crane monkey’ (the name crane operators give to the nimble workers handling attachment at the pointy end), was already hanging away from the crane jib as it starting tugging at the top of the structure.

Locals claimed they heard the “screaming of hundreds of souls”, convinced spirits of the dead were angry at their final resting place being torn down for a new one. 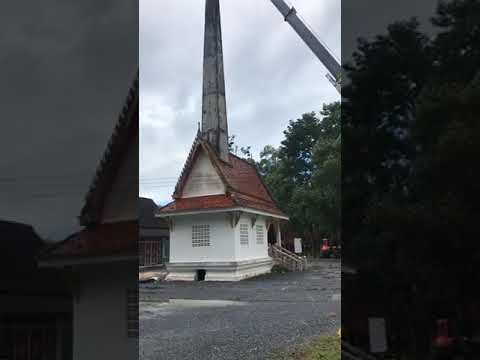 1 drowned, another missing in storm off Nakhon Si Thammarat