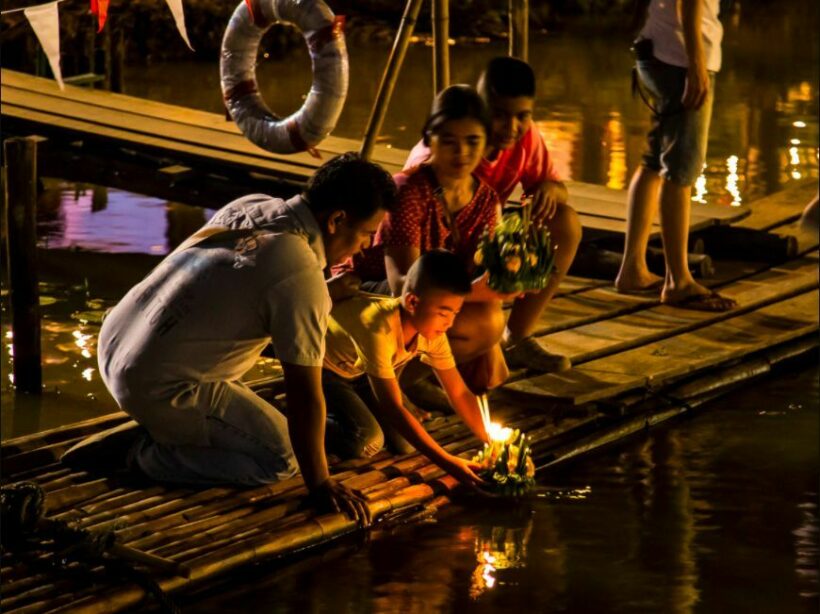 The Loy Krathong festival is set to take place this Friday in Thailand. But according to a recent poll, a number of Thais are concerned that the Covid-19 measures in place are inadequate, and that another wave of infections because of the festival is possible. These concerns are making people hesitant to participate in the festivities.

Last month, PM Prayut Chan-o-cha announced that the festival would be allowed to take place this year, despite the fact that Covid-19 is not yet fully under control. The Bangkok Post reports that, in a poll conducted by Suan Dusit Rajabhat University, 1,139 respondents around the country were asked to give their thoughts on the festival this year.

The Suan Dusit poll also asked whether respondents would want to take part in their areas’ local Loy Krathong events. Around 44% responded with an outright “no.” 25% said that they would go, and 31% responded that they were not sure yet whether they wanted to participate or not.

When asked about general feelings regarding the festival this year, over 60% said that they were worried about an uptick in Covid infections.

Bob20
1 hour ago, Thaiger said: The Loy Krathong festival is set to take place this Friday in Thailand. But according to a recent poll, a number of Thais are concerned that the Covid-19 measures in place are inadequate, and that…
Jason
It's another of Thailand's beautiful festivals. Gatherings of people on mass, will always be a potential superspreader event. If only the government got the vaccination bit right, Thailand would be at 80% plus and it wouldn't have to contemplate cancelling…