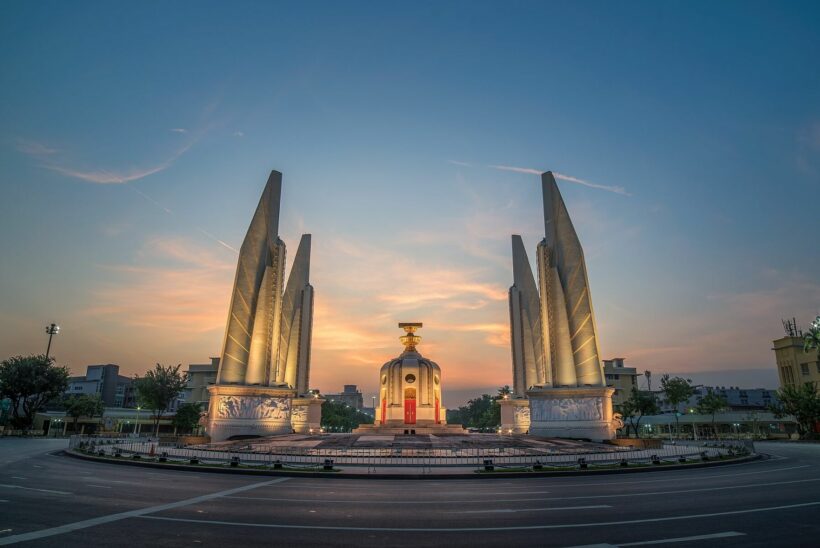 Today’s public holiday in Thailand is Constitution Day. It commemorates the charters that have been written since the 1932 Siamese Revolution when Thailand ended 800 years of absolute monarchy and transitioned to a constitutional monarchy. Since then there have been 20 different charters with the most recent was drafted by the military junta, the National Council for Peace and Order, and adopted in 2017. But over the past year, there have been calls for monarchy reform and a rewrite of the Constitution.

The Thai people refer to their country as “Mueang Thai” (land of the free) but foreigners were historically accustomed to call Thailand “Siam”. The role of the monarch is also a tradition in Thailand that goes back centuries. The earliest Thai kingdoms of note were the Kingdom of Sukhothai, founded in 1238 AD, and the later Kingdom called “Ayutthaya,” which lasted from the 1300’s until it was razed by the Burmese in 1767 (something the Thais have NEVER forgotten).

But modern Thailand started with the Chakri Dynasty in 1782 with a capital on the swampy banks of the Chao Phraya River. The first king was Rama I. King Maha Vachiralongkorn is Rama X, the tenth Thai King of the Chakri Dynasty, who ascended the Thai throne in a lavish coronation in May 2019.

During the 1920s, Thailand was going through economic and political upheaval, much like the rest of the world. Then in 1932 the Army, police, and Bangkok’s ‘elite’ approached the King Prajadhipok Rama VII to demand he cede some of his powers. The King, 39 years of age at the time, refused, but on December 10, 1932, he accepted his fate to serve as a monarch with his powers greatly reduced. But his position as Thailand’s King was protected in the new constitution and all constitutions to follow.

Following a bloodless coup, the constitution of 1932, as well as later constitutions, theoretically limited the power of the Thai monarch and placed the power in the hands of the people’s elected representatives in government.

Since December 10, 1932, there have been 20 constitutions (or charters) written for Thailand.

The monarchy has endured through each of the rewrites. But it was during the reign of the Rama 9, King Bhumibol Adulyadej, ruling from 1946 to 2016, that put an enduring stamp on the Thai monarchy, and clawing back some of the high regard the Thai monarch lost in the years before the 1932 Siamese Revolution.

During King Bhumibol’s reign the palace, occasionally, stepped across the grey line into the muddy swamp of Thai politics. It was also during his reign that the practice of prostrating in front of the King was re-introduced, abolished back in 1868 by Rama V, King Chulalongkorn. During King Bhumibol’s reign the Palace ran an effective charm offensive to reinvigorate Thailand’s enthusiasm for their monarch and followed the personable King in his travels and captured his work with his subjects in photos and coverage in Thai media.

The current monarch Rama X has quietly wrested back some of the powers of Thailand’s King in a series of edicts that transferred the wealth of the Palace coffers into his name and took over direct control of 2 battalions of the Thai Army.

A brass plaque, commemorating the Siamese Revolution of 1932 in Sanam Luang, the public space and parade grounds for the Grand Palace next door, was mysteriously removed in 2017 and replaced with one bearing “royalist” inscriptions. An attempt to re-install a copy of the original plaque in September 2020 by members of the Free Youth movement – the student-led anti-government protest movement – was also removed in the evening after it was installed.

So Thailand’s annual holiday, Constitution Day, on December 10 each year, has a long and controversial history that stretches back to 1932. It is an official public holiday and all Thai public offices are closed.