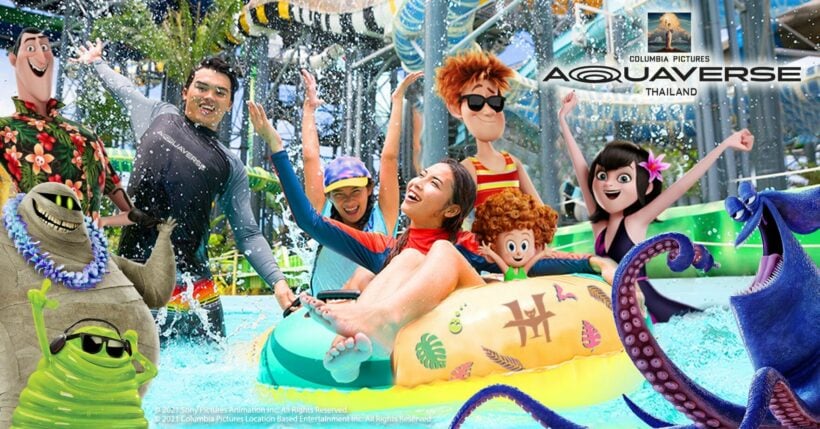 The new Columbia Pictures Aquaverse water park in Chon Buri is officially opening to the public next month after plans were delayed due to Covid-19. The themes for attractions are based on popular movies and animations like Jumanji, Ghostbusters, and Hotel Transylvania. The water park also offers the world’s first wave pool cinema, allowing guests to watch movies on a massive screen while chilling in the pool.

The opening of the 80-acre theme park, run by Sony Pictures Entertainment and Amazon Falls, will be divided into two phases. Columbia Pictures Aquaverse will open on April 8 and Wonderverse is expected to open by 2024.

Columbia Pictures Aquaverse is opening under the support of the Eastern Economic Corridor to offer both Thai and tourists from all over the world the theme and water park at the international standard. This water park aimed to draw tourists’ attention, especially families, to boost Thailand’s tourism after the pandemic.

Ronnie
where in Chonburi is it going to be. Is this the old waterpark on the way to Bang Saray?