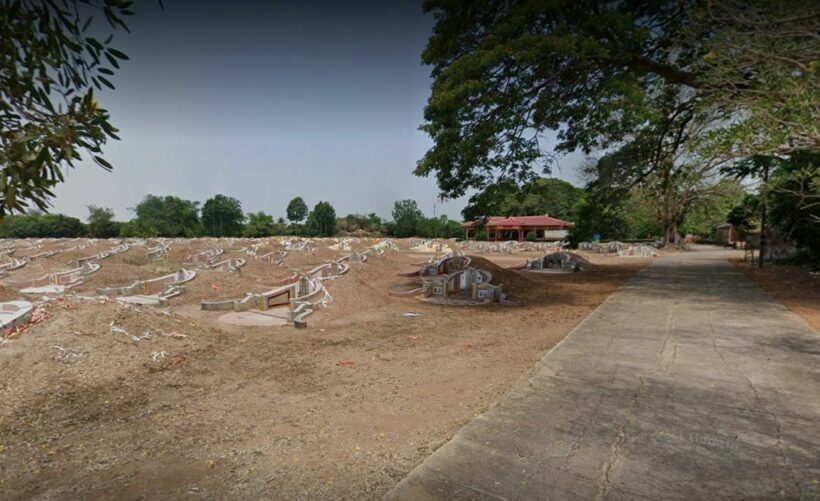 A cemetery in the northern province of Phichit displayed movies, traditional performances, and fireworks to honour the dead on Chinese New Year last night. The performances and fireworks began at 5pm, honouring the cemetery’s local guardian spirits. The cemetery’s foundation then screened three movies, which honoured the deceased in its 330 graves. The movies were Thai and Chinese classics. The foundation has hosted this event on Chinese New Year for 57 years in a row.

This same ceremony has happened in other parts of Thailand. Last year in Chon Buri, two local grave keepers screened three movies, two Chinese and one Thai, to entertain “lonely spirits” in the cemetery. The grave keepers said they planned to host this event regularly to keep spirits company who might be lonely. They said many graves didn’t get any visitors.

Local media told The Pattaya News that the traditional Chinese-Thai belief is that the gates to heaven will open on Chinese New Year. On that day, it is said souls of the dead will meet their children and get the merits they made. The Covid-19 pandemic has hit Chinese New Year celebrations hard in Thailand, with festivals cancelled in Bangkok’s Chinatown, although there were still a few dragons and fireworks welcoming the Year of the Tiger.

Chinese New Year used to draw many tourists to Thailand from abroad, but the pandemic has changed that. Last week, out of 450,000 travellers going through Suvarnabhumi airport between January 26 and February 7, around 349,000 were domestic travellers, not international.