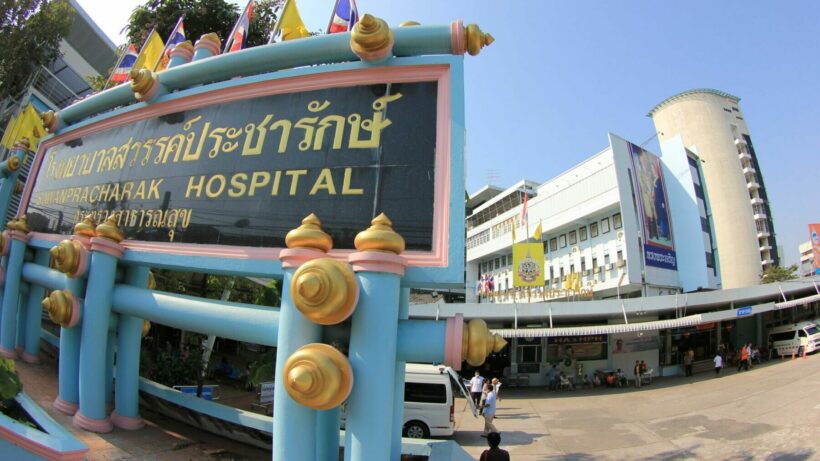 A newly-released autopsy report confirmed that Jirapong Thanaphiphat, the man who died in police custody in northern Thailand’s Nakhon Sawan province, died of suffocation and not of a drug overdose. The same hospital, Sawanpracharak Hospital, initially supported the police’s account of the man’s death that he died of a drug overdose, according to Coconuts Bangkok.

Jirapong’s body was cremated earlier this month, but with a leaked video of his apparent death and an investigation into the incident, the Sawanpracharak Hospital was ordered to hand over medical records to the authorities.

The hospital released the another autopsy report today that saying Jirapong died by suffocation likely caused by the plastic bags that were placed over his head as seen in the now-infamous video. The news prompted a response from the deputy chief of the Crime Suppression Division, Anek Taosuphap, who says he has read the report and will further investigate the case.

Coconuts Bangkok says that on August 7, the day after Jirapong died, the Sawanpracharak Hospital stated that the victim likely died because of high levels of amphetamines detected in his urine. Following the release of the video in which officers can be seen placing a bag over the suspect’s head, the hospital fell under closer scrutiny for allegedly falsifying the report to let police officers off the hook for allegedly killing Jirapong.

Last week, the hospital protested that the first autopsy report was merely an “initial finding” and did not reflect an official report. The hospital stated that Jirapong was brought to them on August 6 and that the police claimed the victim had collapsed and then died while trying to escape police custody. It was also reported last week that the police chief who was allegedly involved in Jirapong’s death surrendered to police in Chon Buri.

Mikael
You can't be serious!!!! What do you call the Sheriff Joe things then? Luxury cars a freaking super place to live in, that guy is corruption manifested! If not taking the drugs from dealers and sell them him self! Freaking…
Morpheus
Really!!! and hears me thinking he died of induced plastic overdose.
Bobfran
So thaiger have you got any reporters on the ground following up on any of this new evidence or are you just waiting to copy some news reports for other sources.. it appears that's the way you operate.. It would…

King Cotton
1 hour ago, Mikael said: You can't be serious!!!! What do you call the Sheriff Joe things then? Luxury cars a freaking super place to live in, that guy is corruption manifested! If not taking the drugs from dealers and…
MikeTexas
If you help to cover up a murder then you are complicit in that murder.  The person that wrote the original report should suffer similarly to the police (assuming the police will be charged and convicted).  That might make it less…