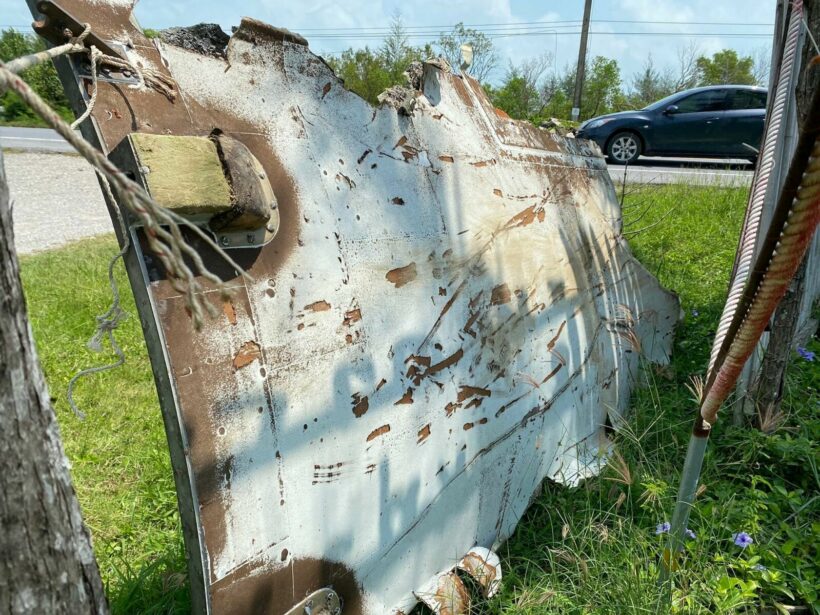 Aircraft wreckage washed up on a beach in the southern province Nakhon Si Thammarat and provincial officers have called in aircraft specialists to investigate. A local official says locals found similar wreckage six years ago.

A 3.16 metre long, 1.80 metre wide metal piece, weighing around 70 to 80 kilograms, was found on Tha Phraya beach. There were two spots that appeared to be burned. Barnacles and shells were also sticking to the surface, an indication that it had been in the sea for some time already. The aircraft part was marked with CCBU 07ZS, and many Thais took note of the number for a lottery ticket.

Guest1
The aircraft part was marked with CCBU 07ZS, and many Thais took note of the number for a lottery ticket. A lucky number, a piece of an crashed airplane, no one knows off? Sick!

KaptainRob
4 hours ago, HolyCowCm said: Probably very highly unlikely it is from MH370, unless the currents did a magical floating into that area throught the passages inbetween the land masses and Indian Ocean. But weirder things have happened so curious…
HolyCowCm
5 hours ago, KaptainRob said: Those parts are most likely off an old model helicopter, certainly not from a modern airplane. Could be from a failed rocket or a fallen booster as far as I would know. Will be interesting…

PapayaBokBok
2 hours ago, HolyCowCm said: Could be from a failed rocket or a fallen booster as far as I would know. Will be interesting to find out what it’s from. Spirit air??? :)
Rookiescot
Did we ever find out where this piece of aircraft came from?

1,000 Thais register to apply for jobs in Saudi Arabia