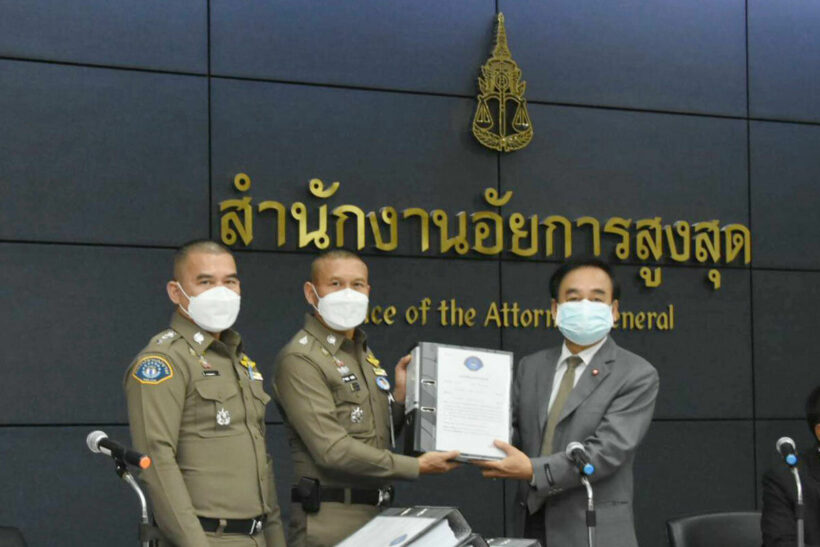 A review of the death in custody case involving the now notorious former police station chief known as “Joe Ferrari” is expected to be finished within the next two weeks, according to the Attorney General’s Office. The ex-station chief in the rural province Nakhon Sawan and six of his subordinates are facing several charges, including killing by torture, which carries a maximum penalty of death.

Former station chief Thitisan Uthanapol and the six other officers are accused of killing a drug suspect during an interrogation while demanding a 2 million baht bribe. Video footage shows plastic bags being put on the man’s head and officers beating him as he fell to the ground. The death was reportedly written off as an overdose, but a recent autopsy report shows the man died from suffocation. Along with charges of killing by torture, they face charges of coercion, malfeasance, and abuse of power.

The AG’s Office expects to finish reviewing the case file by November 17, which Nation Thailand reports is the last day that Thitisan can be held in police custody. He is currently incarcerated at Klong Prem Central Prison in Bangkok. A spokesperson for the AG’s Office for the office said investigation officers submitted seven folders with more than 2,000 documents.

“As Thitisan’s release is coming up soon, we are confident that the case review will finish before November 17 despite the lengthy case file.”

The National Anti-Corruption Commission is also investigating Thitisan’s unusual wealth and how he was able to afford a multimillion baht mansion in Bangkok and dozens of luxury cars on a police officer’s around 40,000 baht salary. The officer is said to have made a fortune from confiscating luxury cars that were smuggled into Thailand and earning rewards from the Customs Department.

Bluesofa
1 hour ago, Thaiger said: A review of the death in custody case involving the now notorious former police station chief known as “Joe Ferrari” is expected to be finished within the next two weeks, according to the Attorney General’s…