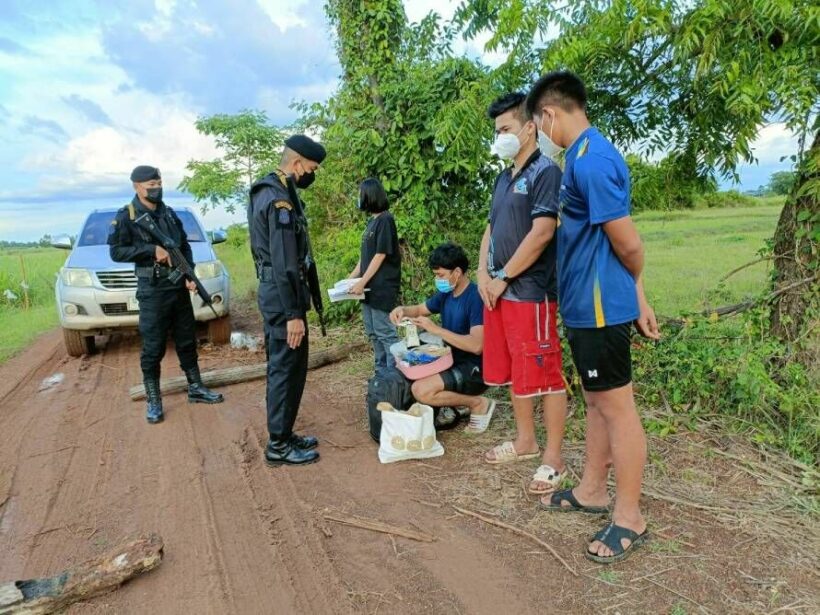 A 14 year old boy and his 29 year old brother have been arrested in the Isaan province of Sa Kaew for human trafficking. They offered transportation services for illegal Thai workers in Cambodian casinos who wanted to visit families in Thailand.

The Thai army rangers and authorities from the Special Unit Infantryman Department investigated areas along the Thai-Cambodia border yesterday and found 3 suspicious men and women walking from out of the forest at the border in the Sa Kaew province, about a 3 bus ride east of Bangkok.

Thai authorities followed until the group reached a rural road in the Moo Baan Nong Ya Kaew community, about 100 metres from the border. The officers revealed that the three people got into a pickup parked on the side of the road and quickly drove away.

The authorities managed to catch them up and questioned the group and the driver in more detail. Two persons who walked from the border, a 22 year old man and 23 year old woman, confessed that they had been illegally working at a casino in Cambodia and wanted to visit their family in Thailand. So, they hired the brothers to pick them up at the border.

The 29 year old man who was the driver was reported to be Kittiphat Kannadit, and his 14 year old brother who walked together with the illegal workers from across the border was Kerkkiat Kannadit.

Kittiphat confessed that he and his brother have been servicing illegal workers in Cambodia who want to enter Thailand, many times. He informed the officers that his brother took responsibility to walk the workers from the Cambodian border to a meeting point in Thailand. Then, they would bring those workers to the places in Thailand they wanted to visit. The customers had to pay 7,000 baht each to use their ‘smuggling’ service.

The group was brought to the Kok Song Police Station for further investigation. They could face charges of human trafficking. 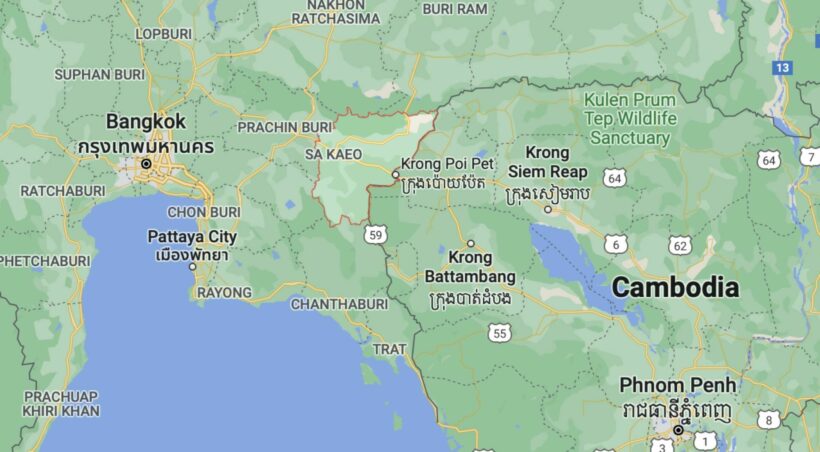 Chatogaster
1 hour ago, WilliamG said: What clickbait. Why does the headline not say '29 year old man and his younger brother......? Why would that be better? Both versions (14 year-old + older sibling & 29 year-old + younger sibling) are…
Janneman
Human trafficking? The only illegal thing appears to be Thai nationals crossing the border illegally. Then, on Thai soil, they are taken by the youngest brother (who is waiting on Thai soil, allegedly) to a waiting car. And then they…
Fanta
1 hour ago, Janneman said: Human trafficking? The brothers are running a taxi service without license? Human trafficking also includes illegally transporting people to profit from their work, as well as the nasty stuff.