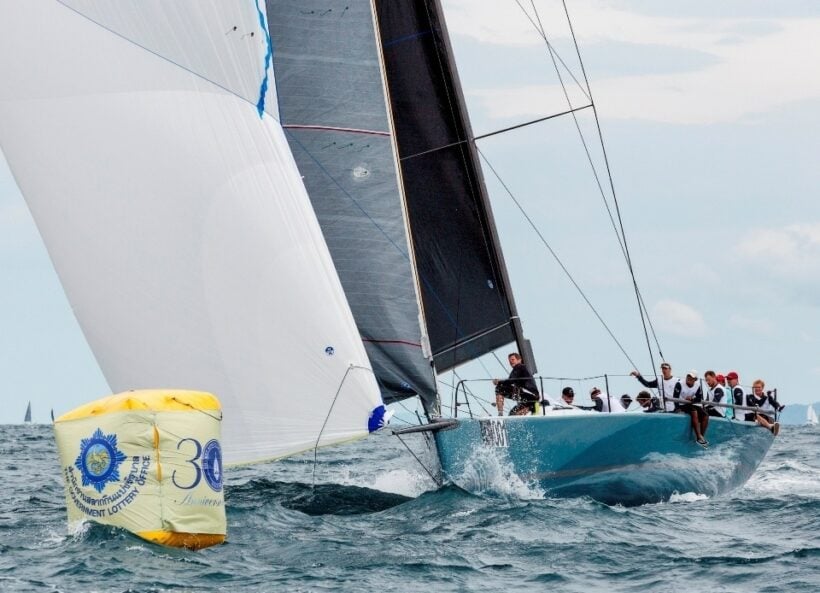 First day of the Phuket King’s Cup at Kata today, the island’s most prestigious and popular yacht racing regatta. We wish all competitors fair winds and good sailing for the week. Winds are expected to be up to 20 knots from the ENE. Sure there will be plenty of ‘bubbly beverages’ flowing around Kata this week during the regatta. Not so in the country’s national parks.

Tourists now risk a jail term plus a fine if they step into national parks with alcoholic beverages.

The Department of National Parks, Wildlife and Plant Conservation’s director-general is warning tourists to stay alcohol-free inside national parks. He’s instructed all park officials to strictly enforce the rule, saying… “Those found drinking alcohol will also be immediately expelled from national parks.” Banners are being installed at national parks across the country to ensure all tourists comply with the rules.

Rules banning alcohol beverages at national parks were introduced in late 2010 after a fatal stabbing inside the Khao Yai National Park. A brawl between tourists started because some drunk university students hurled a bottle of liquor at the tent of another student. 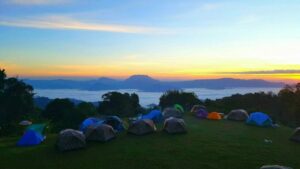 Large crowds on both sides of the road gave long, jubilant cheers of “Toon, fight on!” and a big round of applause for Artiwara “Toon” Kongmalai, as he entered the capital. Toon is the frontman of the pop rock band Bodyslam (just in case you have returned to Earth from some visit to outer space), on the 27th day of his charitable marathon raising money for 11 public hospitals.

The talk-of-the-town charity run has now topped 422 million Baht in donations. Toon has now completed 1,282 of the 2,191-kilometre marathon. PM Prayut Chan-o-cha is meeting with Toon today, maybe for some tips in how to draw large, adoring crowds throwing money. 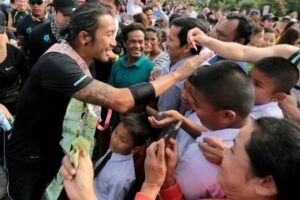 Government offices across the island are closing tomorrow as Thailand commemorates the birthday of the late King Bhumibol Adulyadej.

The annual King’s birthday holiday will now continue as a day off in honour of the Thai people’s deep reverence of King Bhumibol as the “Father of the Nation”. Tomorrow, most government offices on the island will be closed, including local Council offices, Phuket Immigration, Labour Offices, Land Transport Office and the Provincial Office in Phuket Town.

All main bank branches will be closed, but branches in shopping centres will remain open.

Flooding continues to ravage the South

Flooding continues to consume several southern provinces with floodwaters measuring more than two metres deep in some areas. In Songkhla’s Saba Yoi district, Ban Baeng village has been swamped for more than five days with locals getting around in boats. Saba Yoi is one of 16 districts declared disaster zones in Songkhla, where at least three flood-related deaths have been reported.

In the worst-hit areas of Nakhon Si Thammarat, floodwaters were about 2.5 metres deep. In Surat Thani’s Phra Saeng district, more than 300 houses in Ban Bang Yod village have been swamped with floodwaters ranging between one and two metres deep, prompting some residents to evacuate. Many communities in low-lying areas on both sides of the Trang River in Trang province are also flooded. Soldiers and volunteers yesterday were delivering relief items to flood victims across the South. 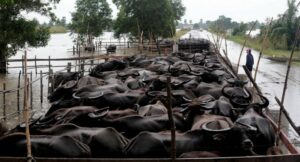 PM orders Ministry to sort out the rubber industry mess

The Ministry of Agriculture and Agricultural Cooperatives is being assigned to resolve the rubber prices issue with an emphasis on taking care of rubber planters… this from the Thai PM over the weekend.

General Prayut says that issues to be considered by the ministry include zoning of rubber planting areas, shifting of old rubber trees to other crops, grouping of rubber planters, rubber processing and delays in the sale of rubber latex.

He disclosed that the ministry would call a meeting this week with representatives of rubber planters nationwide in a bid to find solutions to all the problems ailing the industry.

Is there an election happening soon? 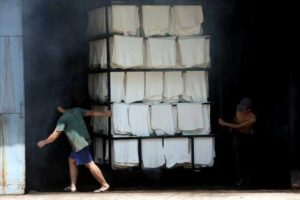 King’s Cup kicks off a week of racing off Kata

The Opening Ceremony of the 2017 Phuket King’s Cup Regatta was held yesterday. The event is being hosted at Beyond Resort Kata as they hoisted the flag on this year’s racing at Kata Beach. Over 100 keelboats, multihulls and dinghies from around the world are joining in the 31st Anniversary of the prestigious sailing event. Racing will continue off Kata and the south of the island until this Sunday. 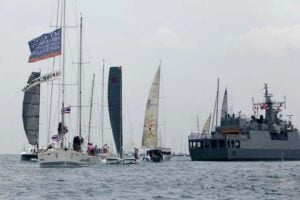 And check our article from guest writer Mark about his visit to the Elephant Jungle Sanctuary Phuket HERE.