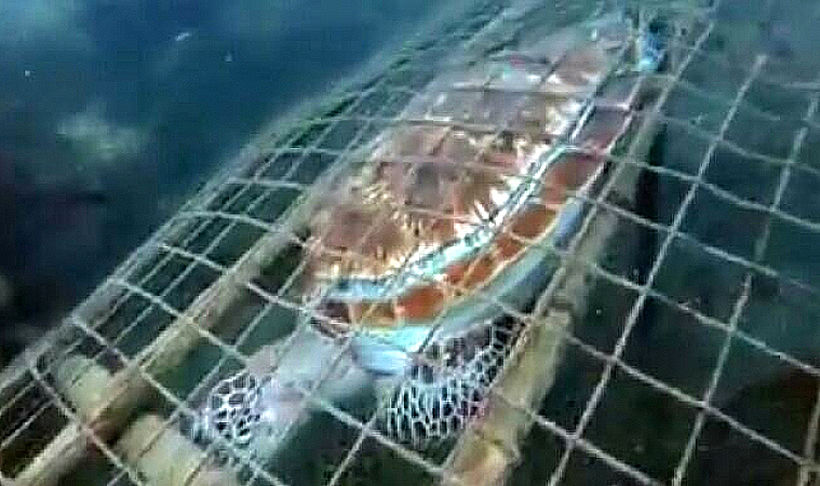 Officers from the Nopparat Thara Beach – Phi Phi Islands National Park, yesterday (Monday) removed a metal fish trap from the sea near Koh Met after some fishermen smuggled the trap into the sea. They found a dead green sea turtle trapped inside.

The team had to use a bouyancy bag to rescue the turtle body stuck in the fish trap that was 3 x 2 metres in size. The recovery took several hours. The sea turtle was fully grown. They sent the body of the dead turtle to the PMBC to check its age.

Paranya Pantajit, a scuba diving instructor from Scuba Expert in Ao Nang, says that 2 days ago she was informed by a foreign scuba friend about the dead turtle stuck in a fish trap near Koh Met so she went for a dive and found the dead turtle in the trap. However, she couldn’t take the turtle and trap up on her own so she contacted the Nopparat Thara Beach – Phi Phi Islands National Park officers for some help.

She said that earlier her scuba diving friend posted a video of the dead sea turtle stuck inside the fish trap while the trap was laid along the coral reef of Koh Met. He reported it to the national park twice to remove the trap but they didn’t do anything until the third report was made.