More than 20 officers were searching more than four hour for two French tourists who got lost in the Panom Benja Mountains in Krabi yesterday.

They were both eventually found, hungry and thirsty, but safe.

They both went for a nature hike at Huai Toe Waterfall in Panom Benja National Park in Mueang Krabi and became lost. Officers took more than four hour to find both tourists.

They were weak and thirsty. Officers gave them food and drink before taking them back to their accommodation.

Lt Col Attapon Sansukja of the Krabi City Police says, “The couple were staying in Krabi City since Saturday. They rented a motorbike and drove to Huai Toe Waterfall. They headed off on a walk for about five kilometres from the National Park office. After that they became lost.

They sent a message to their friends for help on their phones. Luckily they still had a mobile signal whilst on their walk.” 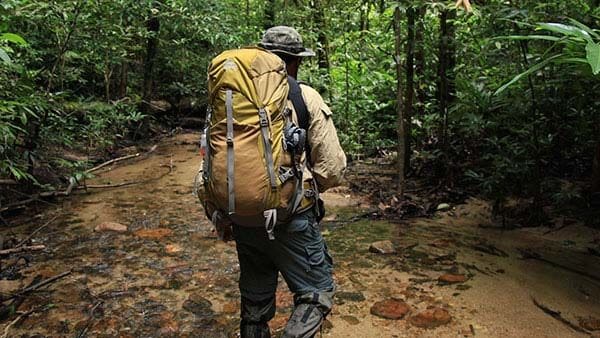