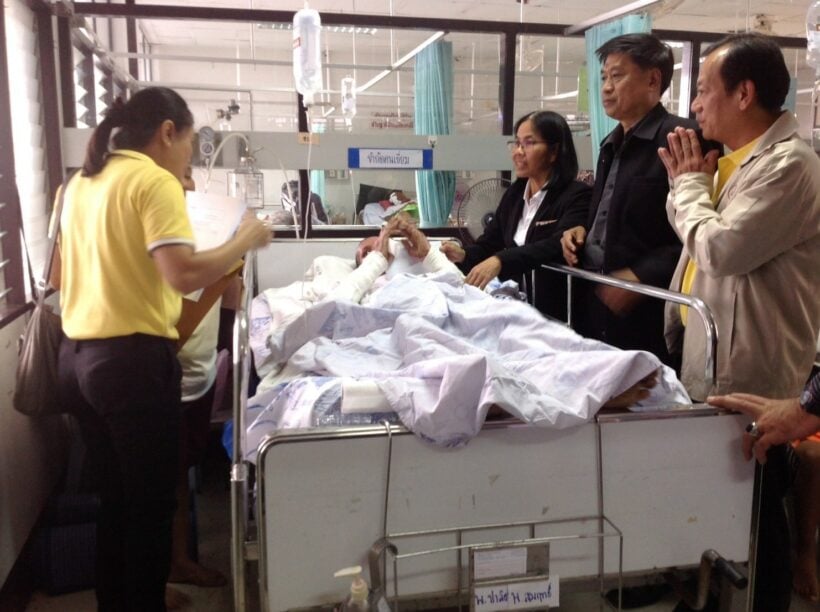 The Chief of Krabi Social Insurance Office, Pornthep Sripaiboon, together with officials from the Krabi Labour Office, visited Kiengsak Boonsri, the captain of King Poseidon speedboat, which exploded in front of the Viking cave off Koh Phi Phi Ley two months ago. He has been in hospital ever since.

The team granted 7,002 Baht in cash which is the reimbursement fund based on his wage. The Chief of Krabi Social Insurance Office has also guaranteed the medical reimbursement up to a limit of 2 million Baht. So far the hospital bills are up to 800,000 Baht.

After the Captain has recovered, they will check again what other support can he get from the office.

The incident, which injured Chinese tourists, five who have been in critical care in local hospitals, is still under investigation.