A 31 year old Chinese man, Gao Zhiyum, has died after falling from the 16 metre high rooftop of a villa in Kamala.

The Chinese man was staying at the villa with 6 other people including his wife and friends. On Wednesday night (February 21) at about 11 pm, all 6 were drinking together on the rooftop until 1.40 am. Other people went to sleep but he told his friends that he would smoke on the rooftop before going to bed.

The next morning (Thursday), his wife woke up and couldn’t find him in the room so she called other friends to look around. They found him dead on the ground outside, below the area of the rooftop where they had been drinking. The autopsy shows that he had died for at least 8 hours before they found his body.

On the rooftop, police found an empty bottle of liquor, his phone, power bank, and his shoes placed neatly below the edge of the deck where his body was found beneath. Police have been gathering further evidence and talking to his friend as well as his wife. 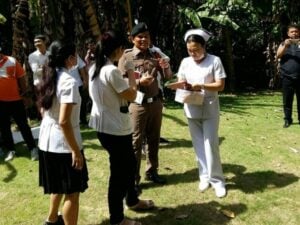 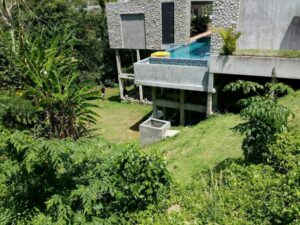 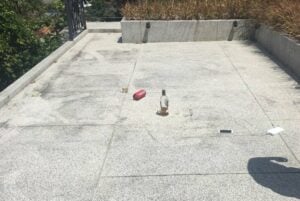