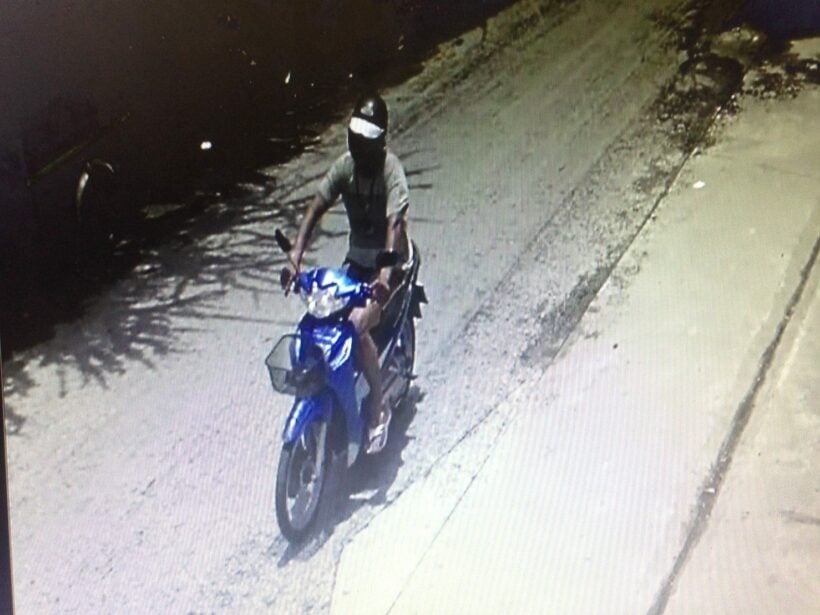 Phuket police have managed to arrest 35 year old Panuwit Pakamas, a Krabi resident, after he snatched a bag with 10,000 Baht in cash and other valuables from a Chinese tourist and fled the scene.

Pol. Lt. Col. Naruebadin Banglisen explained that 40 year old Ms. Yi Weihong reported to the police on August 12 that a Thai man on a motorcycle robbed her bag and rode away when she was riding a motorcycle near the Seahorse Circle in Phuket old town area. She was carrying 10,000 Baht cash, some credit cards and a mobile phone.

After checking the CCTV camera, which clearly recorded Mr.Panuwit, police saw him riding towards Soi Had Saen Suk in Phuket Town. They found a motorcycle with a matching plate number, 1กจ 3288, and arrested the man in his flat.

He confessed that he was the man caught on the CCTV camera, saying that he ran out of money and the 10,000 Baht cash that he robbed had gone as he used it to buy items and groceries. Police have charged him for the snatch and run and sent him to Phuket Police Station for further questioning and formalities. 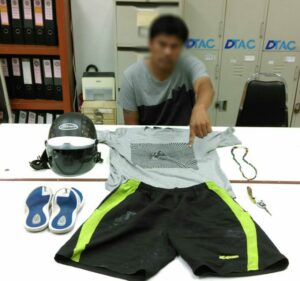 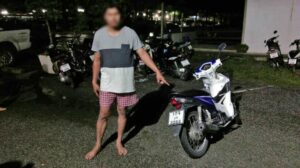 Some changes for traffic flow at Phuket International Airport