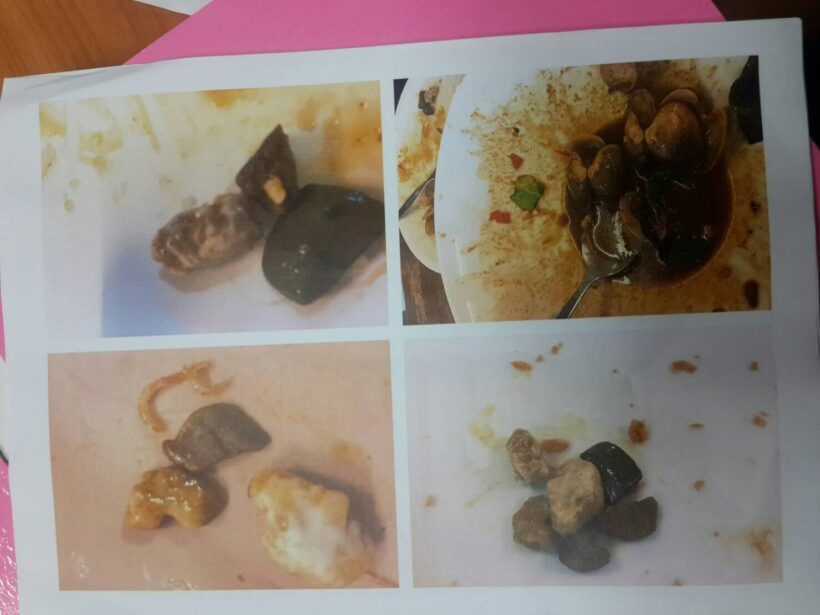 39 year old Kittiphon Chuensrinuan, from Phuket, headed to the Phuket Office of Consumer Protection Board (OCPB) yesterday to complain about overpriced clams sold in a seafood shop in front of the Rawai Sea Gypsy village. The display of clams also contained stones. He took photos and brought some of the stones as evidence.

“First of all, the price at the shop is about 50-70 Baht more than the market price,” said Kittiphon.

He admitted that he didn’t take a close look at the clams after purchasing them, then brought the shellfish to a restaurant that offers cooking service in front of the market. To his surprise, he almost broke one of his teeth as some of the clams were actually rocks. Mr. Kittiphon and his family found about 15 pieces of rocks that come with 30-40 clams. Some rocks are as big as the clams which led him to believe that the retailer intentionally mixed some rocks to increase the weight of the clams.

He posted earlier on his personal Facebook (Chuensrinuan Kittiphon) to warn other people about the incident. Later that day, he got a Facebook message from the shop asking him to remove the post as it affected the shop’s reputation. However, the shop admitted that there are rocks mixed amongst the clams along with other shops selling seafood in the area. The shop says rocks were with the clams when they were purchased from the local fishermen.

The seafood shop refused to apologise and instead blamed Mr. Kittiphon for defaming their business.

The OCPB added that this is not the first time that consumers have foundvrocks in the clams from these seafood retailers. There were also some foreign tourists who complained about the shop but were ignored.

“I’m here today to ask OCPB to stop them from exploiting consumers. Not only this shop but all of them in the area and not just clams but other types of seafood as well. The Sea Gypsy village market is popular for seafood among tourists and I don’t want these greedy shop to destroy the overall image.” 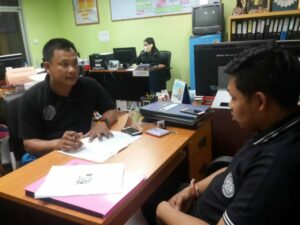