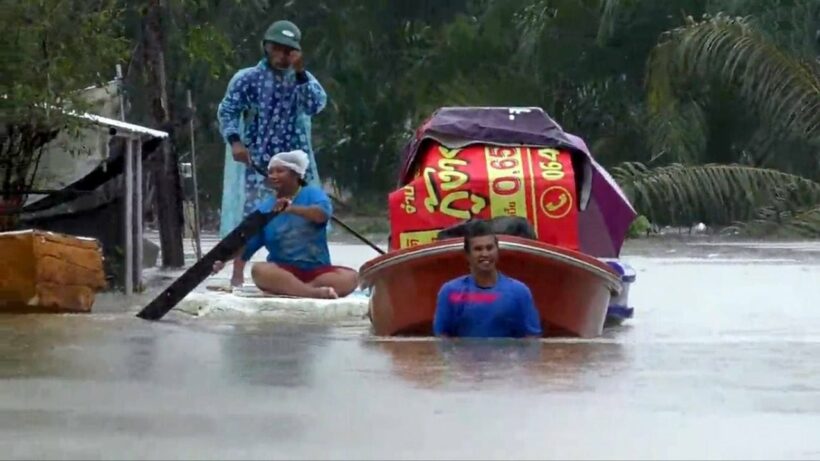 Wet, wet, wet start to the day but the forecast says rain should ease during Friday but more on the way tomorrow.

The Government has not made a final decision about the Thepha coal-fired power plant project, according to the PM yesterday. At the same time, an opposition group is promising to carry on its campaign against the project regardless of the government’s crackdown.

Prayut says the government still has an open mind on the construction of the controversial 2,200-megawatt, coal-fired power plant in Songkhla’s Thepha district, as the National Energy Policy Council was still considering the project.
The proposed power plant, which would be operated by the Electricity Generating Authority of Thailand (Egat), has faced strong opposition from local people who claim its Environmental and Health Impact Assessment (EHIA) was poorly done, contained incorrect and incomplete information, and excluded participation from people who disagreed with the project. 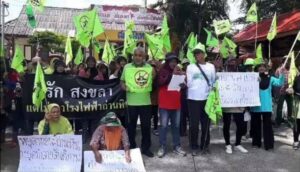 Two civilians injured, after Muslim insurgents detonated a homemade bomb in Narathiwat, are recovering in hospital.

The bomb was exploded to ambush a team of soldiers from a development corps in Narathiwat yesterday morning.

The homemade bomb, assembled in a cooking gas cylinder, was hidden in a drainage pipe under the road. When eight soldiers in two armoured personnel carriers arrived at the scene, insurgents detonated the bomb with a walkie-talkie.

Ek Mahama, a defence volunteer, and Noriya Madure, a female villager selling petrol in bottles on one side of the road, were slightly injured by shrapnel. 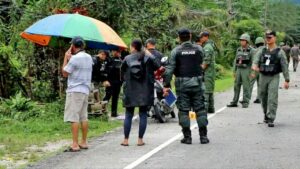 Former world junior champion Thunya Sukcharoen from Nakhon Sri Thammarat has won a gold and two silver medals for Thailand at the IWF World Championships in Anaheim, US.

Competing in the women’s 48kg category, the 20-year-old snatched 86kg to win the gold medal but had to settle for silver in the clean and jerk. The gold was won by 2014 Commonwealth Games silver medalist Saikhom Chanu of India.

Chiraphan Nanthawong earned Thailand a bronze in the same category.

Thailand also won a silver from Witoon Mingmoon in the men’s 56kg following his attempt of 152kg in clean and jerk, beaten to the gold by just one kilo. 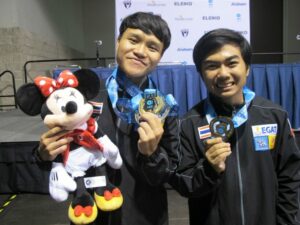 Today is world aids day and authorities know there’s still a lot of work to do in Thailand.

He estimates that about five people in Bangkok catch HIV each day.

Disease Control Department says that, to their best knowledge, 442,127 people in Thailand are living with HIV but acknowledges that the figure could be much higher. 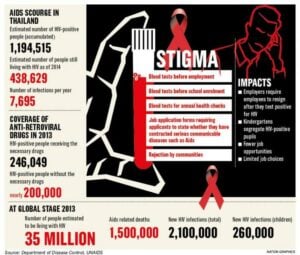 No conclusion to the forensic test on dead Army cadet

The Central Institute of Forensic Science has been unable to match the DNA of the 18 year old deceased cadet and preserved organs that were believed to have been removed from his body, reportedly because of a shortage of required chemicals to perform the tests.

The CIFS director says the have to confirm DNA tests first as to whether the organs submitted for investigation really belong to Pakhapong Tanyakan before they proceed to determine what caused the death.

Pakhapong, an 18-year-old first-year student at the Armed Forces Academies Preparatory School, died on October 17 in what his family believes were suspicious circumstances. 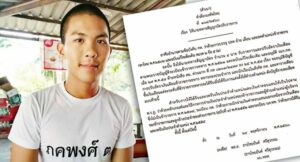 PM and his Cabinet have audience with HM The King

Prime Minister Prayut Chan-o-cha led his 18 new ministers to have an audience with His Majesty the King to take their oaths of allegiance before the King at the Dusit Palace.

The King said that the cabinet is duty-bound to steer the country forward, defend the country and take care of the people and to attach importance to national security. He also suggested the cabinet to follow the advice and wishes of the late King Bhumibol Adulyadej.

The new cabinet line-up received royal endorsement a week ago. 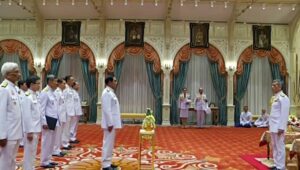 The Thai Meteorological Department has issued a weather warning saying that a low-pressure cell covering Malaysia and the lower South of Thailand is moving over the Andaman Sea.

Outbreaks of continuous rain are forecast with torrential downpours on much of the South.

They say seas around the island today could get up to 2-3 metres.

Daily briefings are compiled from The Nation, Phuket Gazette and VOA.