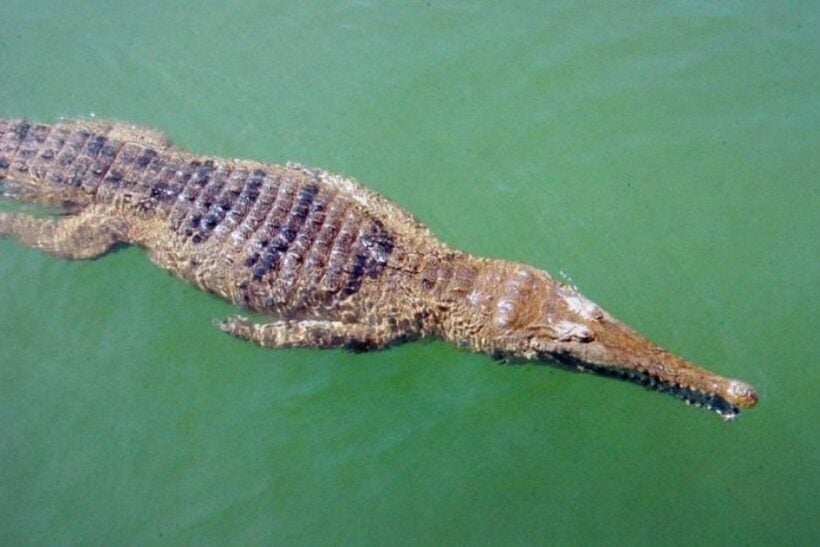 Phuket’s Fisheries Office believes that the crocodile spotted in Bangtao Beach is a freshwater crocodile which can only live in salt water for a few days and they assume that it comes from a tin mine lake in the nearby area.

Governor Plodthong, along with the Head of the Phuket Office of Fisheries, Paiboon Bunlipatanon, inspected Bangtao Beach this afternoon (August 30) with a number lifeguards driving jet-skis to search for the crocodile but found nothing. But the order went out for lifeguards and officers from departments involved to go on croc-watch, day and night, around Bang Tao and Layan Beaches.

“The crocodile is a freshwater crocodile. There is no crocodile farm in the close area so we believe that this crocodile might have swum from a tin mine lake somewhere nearby. There are 3-4 tin mine lakes in the neighbouring area near to the beach and they are connected to sea water,” said the Head of Fisheries Office.

“This freshwater crocodile is (usually) not fierce if no-one harms them first. However, I would like beachgoers to be careful of this reptile while we are still searching for it. There will be a 24/7 monitoring team set for security to locate it.”

Meanwhile, Pisit Thavorn, one of the first people spotting the crocodile in the sea says that the crocodile was just about 200 meters away offshore.

“I was chilling out on the beach in front of a hotel when a security guard pointed out and shouted ‘crocodile!’ I stood up and saw it swam parallel to the beach line. I took a photo but it wasn’t clear enough,” said Pisit.

“After telling the foreign couple I met on the beach, they brought a drone and got good footage of it. The crocodile dived, submerged once shortly and disappeared. We could see it for about 20 minutes.”

“I talked to one of a hotel workers there and he told me that on August 23 (one day before), he also spotted it at the same place but there was no other witnesses.”

Earlier, a famous marine specialist, Dr. Thon Thamrongnawasawat, commented on his personal Facebook a version that supports the Phuket Fisheries Office, in that it would be unlikely for the reptile to be a salt water crocodile as this type of crocodile has never been seen near Phuket.

“A skull of a salt water crocodile found on Tarutao Island is the proof that there are some of them in the Andaman Sea. Though there is a low possibility that Andaman sea still has some of them nowadays, few of them remain in the area of Myanmar, nearby Sumatra Island. However, for this case, it is quite impossible for any of them to swim all the way to Phuket.”

“Crocodiles usually have to stay onshore to get some sun and this is the opportunity to catch it. The problem is, we don’t know where it is at the moment.”

“People in the area should keep an eye for it for when it comes onshore for some sun especially during the low tide when the crocodile would possibly seek sun from the muddy areas of the beach.

“During this stormy weather, normally crocodiles would not stay in shallow water, but far away from the shore and waves. Swimmers shouldn’t be worried about it. However, surfers or swimmers who swim far away to the deep sea should be careful.” 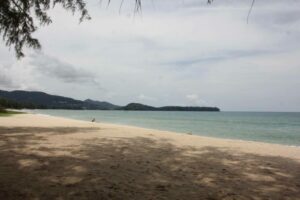 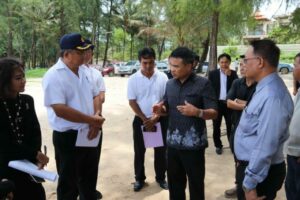 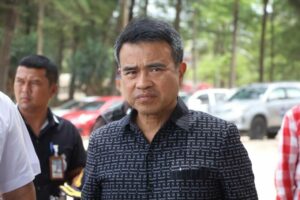 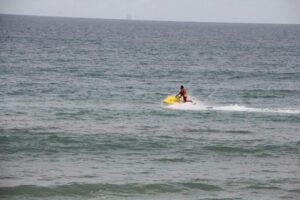 Two million Baht worth of drugs off the streets