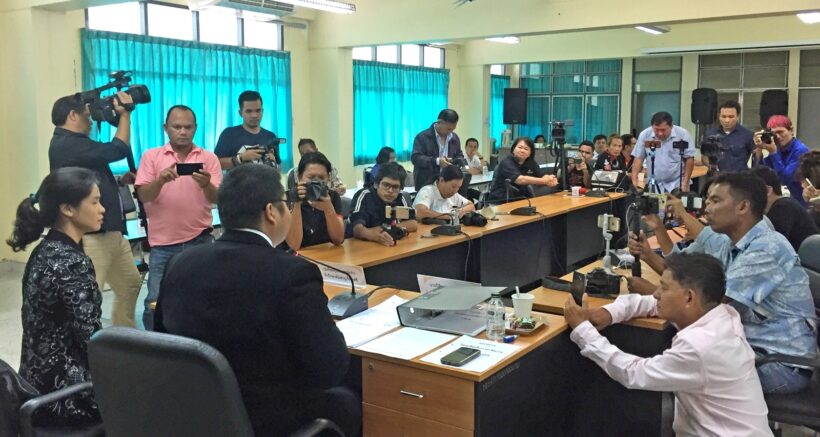 The island’s local football team, Phuket FC, has announced its dissolution after being sued by 3 foreign players for a total of 83 million Baht.

Today (November 28), at the Tourism and Sports Office, the President of Phuket FC, Pitipol Nukulpanichwiwat, alongside Phuket FC’s consultant, Sunanta Krajang, held a press conference to announce the dissolution of the Club.

The 3 players, including Roland, Alonso and Santos, filed the lawsuit to ask for 83 million Baht for their losses over contracts that had been revoked unfairly and includes a FIFA fine. The lawsuit started in 2012 until 2015 but the team was unable to find enough money to reimburse the requested amounts and was forced to take drastic action. FIFA insisted that the debt would have to be cleared if they were to continue playing in the national League.

The outgoing President said that the three players had been ‘kicked out’ by the club’s former management for various disciplinary misdemeanours.

“The lawsuit happened during the time of the former board, before we started working with the team. We cleared debt of approximately 2 million Baht from the former board to try and ‘reboot’ the team and the Club’s finances. We also would have loved to see our team in the national league but we have to apologise that we can’t reach this goal with the financial burdens we are facing. The debt is too heavy to handle. The Football Association of Thailand warned us that if we don’t take any action, our FIFA membership would also be revoked so we had to act urgently,” said Pitipol.

“We have reimbursed the players who still have a contract with us and others whose contracts are expired will have to look for a new team. Everyone understands the situation.”

He also noted that he would like this incident to be an example for others who want to create a football team, especially those who are looking to takeover a football club, that it is necessary to check carefully about any existing problems the club may have.

“In the near future, we may arrange a 7-player league for Phuket fans.”

Meanwhile, the Club’s consultant said that the football club suffered from internal problems caused by staff from the previous administration.

“We were fooled by the administration staff allegedly stealing money from the uniform and souvenir costs up to hundreds of thousand of Baht. We provided the money to spend on these expenses but suppliers called us and said that we hadn’t paid for our orders. After checking, we found the tax invoices were fake and the staff had already fled with the money. We have reported the alleged theft to the police and we believe there will be an arrest in the near future.” 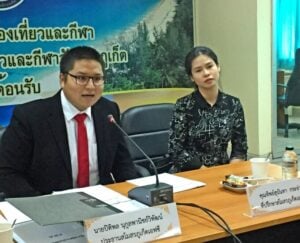