The arrest follows a 7-kilogram amphetamine crackdown that happened 2 months ago. The police tracked down the other drug dealers involved in the network by investigating the people arrested.

Police discovered on October 3 that there was a big order of drugs to be sent from outside Phuket and that the drugs were kept in a condominium on Montri Road, Phuket Town. The first dealer arrested is 31 year old Waranyoo Plubprasit, who was charged with having 92 grams of drugs, 400 amphetamine pills, a gun, and bullets. He confessed that he ordered the drugs from a man from the central region of Thailand, Surachet Permpipat, who transported the drugs through parcels and sometimes attached in car spare parts. The remaining drug deliveries were sent to his friend, who lives in Chalong.

The friend of Waranyoo, who also received the drugs, Adisak Muanghimmapan, was later arrested with 871.76 grams of crystal methamphetamine and 10,360 amphetamine pills.

“These days, the drug dealers have changed their way of transporting drugs to avoid police detection, such as this time when they use a car’s spare parts to hide it. I would like people who are suspicious about a drug network to let us know. If there’s anyone who suspiciously spend a lot of money without working at all, like the group we have just arrested, please let us know” said Pol Lt Col Suthichai Tienpo, the chief of drug investigation and suppression team. 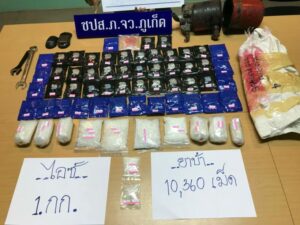 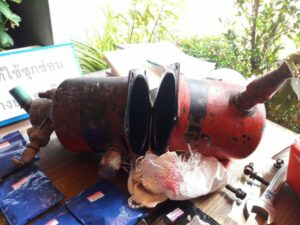 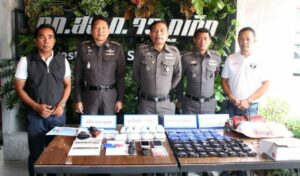 Teachers and parents protesting at a Krabi school

Laypang won’t be released back to the wild