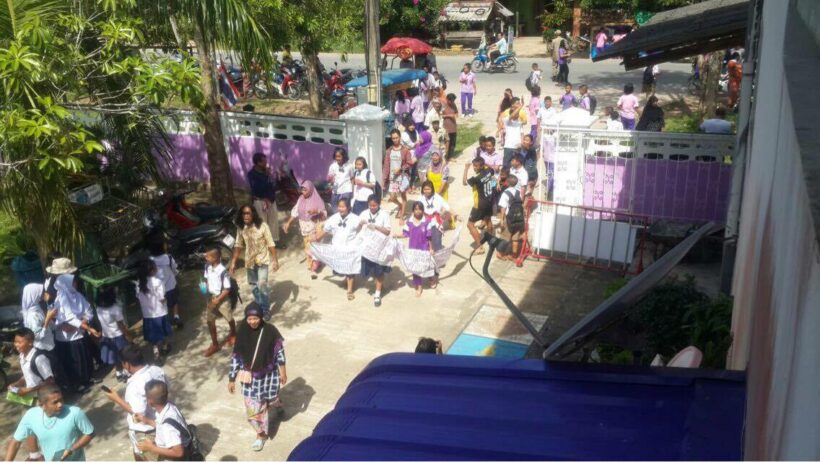 A protest gathering of 300 students, parents and teachers of Baan Klong Jone School in Krabi took place yesterday (October 5) with the aim to expel the school director, Pairot Khaosang, who allegedly has been failing his administration during the past 4 years.

The protesters have gathered signatures for a petition to expel the school director during the protest while the director was away from school.

A while after, the sub district chief, Manoon Kekina, went to negotiate with the protesters by promising them that he will ask the director to step down from the school within 7 days but the protesters wanted immediate results, not promises. He asked the representatives of the protest to draft a complaint letter that would be sent to the director of the local educational service to set up an investigative committee into the matters relating to the school director.

Meanwhile, the school director defended the school’s study results saying they’ve never dropped, contrary to the accusation. He says there are many students winning academic prizes in many fields and the problem is just an internal conflict that the teachers brought from the outside. “Outsiders and villagers are making the protest looks big”, he said.

“It comes from teachers who say they are unpleased. I admit that there were some changes in 3 positions relating to the retiring teachers. It was done transparently.

“However, if the villagers are not happy and do not want me to stay, I can move away. I insist that I have never treated the teachers badly in the school as the complaint says.” 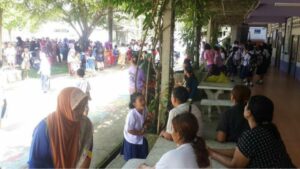