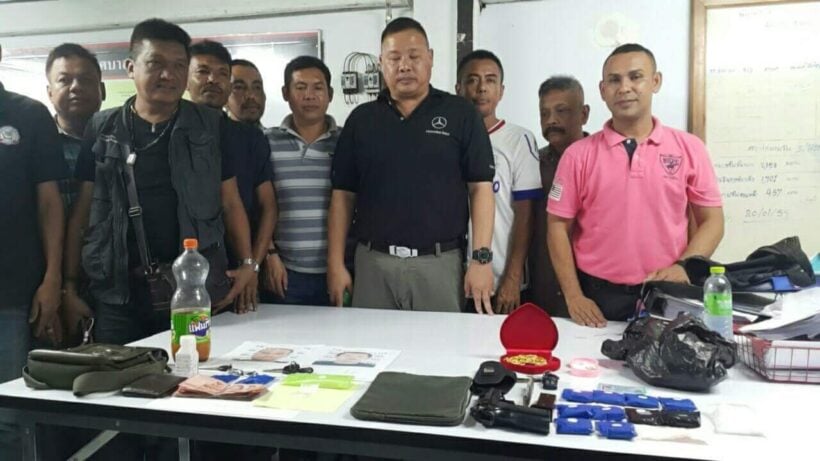 A man and a woman in Krabi have been arrested in an palm oil plantation with more than 2,000 amphetamine pills, 83 grams of methamphetamine, 500 millilitre of Kratom leave water and a gun alongside their assets valued at about 1 million Baht.

Police also seized their assets including 2 Mitsubishi pick-up trucks, a Honda motorcycle, 10,000 Baht in cash, 4 gold necklaces, 2 gold bracelets and 2 gold rings which worth about a million Baht.

Before they were arrested police learned that there were some people taking drugs in the palm plantation which was closed after a mob took action due to a conflict about the oil palm plantation. Police initially found Athorn and his 3 friends but his friends fled. One of his friends who fled includes 29 year old Thanapat Jeerakarn so the police followed him to his house and found Neungruedee who is Thanapat’s wife, and found another amount of drugs in his pick-up truck parking in front of the house with the gun.