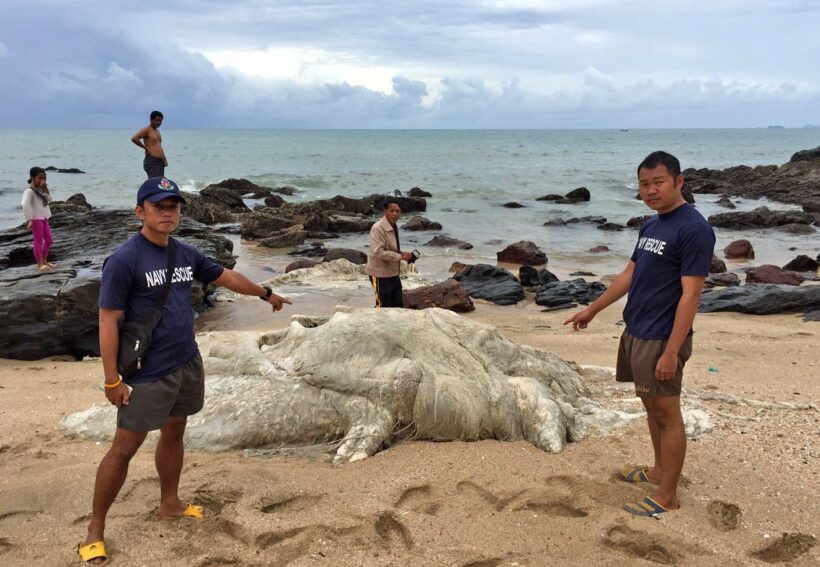 Five navy officers were sent to the scene alongside agents from the Rare Sea Animal Division of the Phuket Marine Biological Centre.

The officers presumed that the whale might have been dead for at least a week as it started to stink and rot. Some parts of its body were already falling off. The whale is approximately 13 metres long. However, they can’t identify what type of whale it is. Near the same area they also found the corpse of a Chinese white dolphin that might have died in the sea and washed up ashore as well.

The team collected samples from the whale and the dolphin to make further studies. 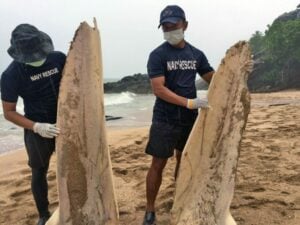 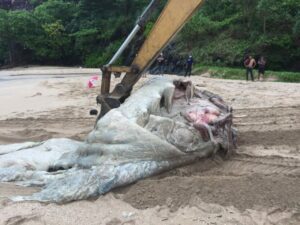