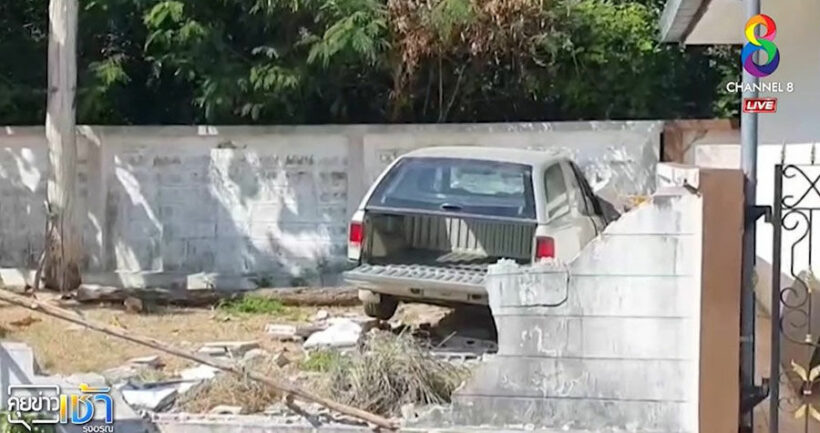 A foreign drunk driver has had a lucky escape after crashing her car into a wall in the Banglamung district of Chon Buri, in eastern Thailand. The Pattaya News reports that rescue workers arrived at a property in the Soi Chaiyapruek 2 housing estate to find a sedan car smashed into a wall. The 60 year foreign female driver was intoxicated but not injured. Her name and nationality have not been confirmed.

According to neighbours, the woman lives alone and frequently gets drunk and drives at speed. Police say she will have to pay her neighbour for the damage to the wall, but have not confirmed if she will face drink-driving charges. She failed a breath alcohol test at the scene of the accident. Police are investigating further.

Man dies searching for shells while another dies in marathon