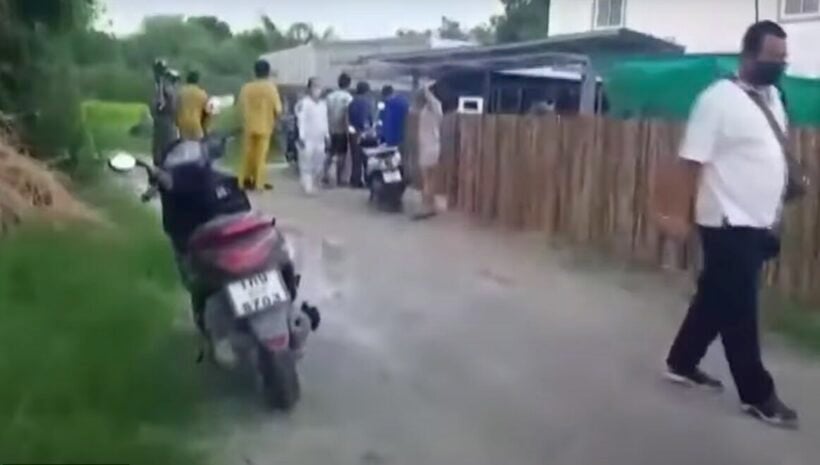 An installation worker in the city district of Chon Buri province has been killed on the job yesterday when building a roof. The victim, 42 year old Yuttana Wanthayat, is believed to have been electrocuted when he stepped on a live power outlet on a wet floor. Officers from Chon Buri Police Station found Yuttana’s body facedown on the floor, with a broken power outlet at his feet.

The house owner, whose name is being withheld, said she wasn’t aware of what happened until someone told her Yuttana was unconscious on the floor. She said she had hired him to build a roof for her mushroom farm. Even though the police believe right now that Yuttana was electrocuted, they are still investigating the cause of his death.

Yuttana’s wife and mother in law told police that Yuttana worked in a shopping mall. They said he worked side gigs in installation and furbishing homes to help support his family. The two are reportedly devastated.

This news comes just after 2 other tragic, untimely deaths reported today. A fire in Phra Nakhon district in central Bangkok killed 2 women early this morning. Police believe they died of suffocation, however their bodies were sent to a hospital for a post-mortem examination. The women tragically lost were 33 and 75 years old.

Officers from Samran Rat police station believe that the pair might have gone to the 3d floor to run away from the fire, but couldn’t escape because the windows were barred.

Skip
I watched my house being built... workers plugging frayed wires directly into sockets... no covers on plug boxes... it was like a mine field

KaptainRob
50 minutes ago, Skip said: I watched my house being built... workers plugging frayed wires directly into sockets... no covers on plug boxes... it was like a mine field Same with each of my builds, even running damaged extension leads…

Smithydog
My own Thai Brother-in-law is an electrician. His work gear is well maintained and works in a safe manner. But he had a gang working on an extension of mine and I spotted them using a welder. Its plugs were…
HolyCowCm
Nothing shocking at all to read here. We make it a point to turn off all the breakers when workers are at my house. Just today only an hour ago was no exception as replacing a switch for our airconditioning…
HiuMak
Electricians must have the toughest job in Thailand. The number of cables they have to deal with.