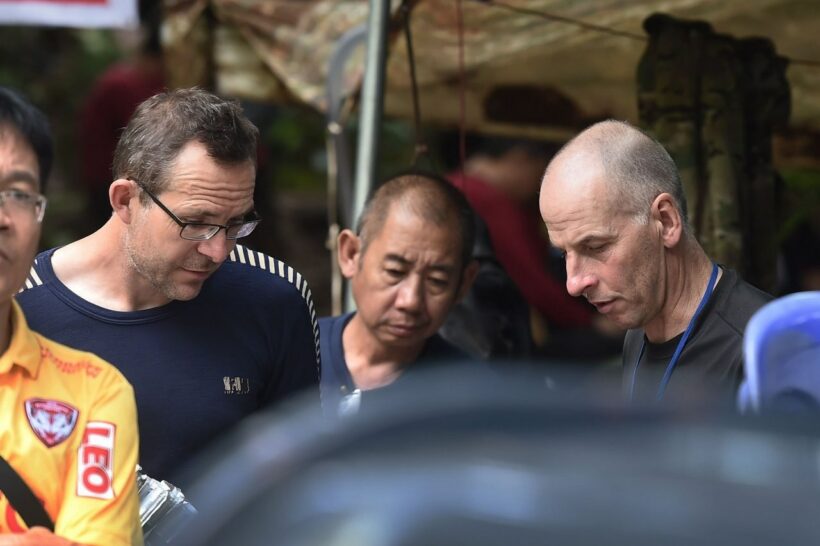 “The mission was an order of difficulty much higher than anything that’s been accomplished anywhere around the world by any other cave diving team.”

The British diver who found 12 Thai boys and their coach trapped alive in a flooded cave has described his “massive relief” as he counted them one by one, in what he called an unprecedented rescue operation.

Richard Stanton, one of a pair of British caving experts who located the “Wild Boars” team, gave reporters today a first-hand account of the moment he saw the boys emerge from behind a rock face onto a muddy ledge kilometres (miles) inside the Tham Luang cave.

“That was a massive, massive relief. Initially we weren’t certain they were all alive – as they were coming down I was counting them until I got to 1. We couldn’t see them initially – they had to come round the corner.” he said.

The discovery prompted the stunning rescue of the boys which captivated Thailand and the world, with the final members finally emerging safely Tuesday after 18 days underground. In order to rescue the boys, divers had to contend with a treacherous escape route made up of narrow, water-filled tunnels, with the threat of heavy rain injecting urgency to the bid.

Footage of the moment Stanton and John Volanthen discovered the 12 dishevelled and emaciated boys was viewed millions of times after it was posted on the official Facebook page of Thai Navy SEAL, prompting hope for their rescue.

Fellow diver Chris Jewell provided new details of the operation, describing how Thai authorities had diverted rivers on the mountaintop to help control water levels in the cave.