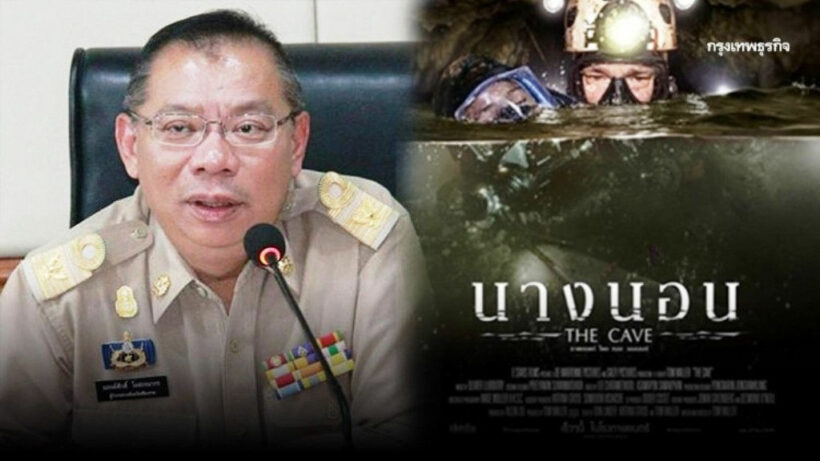 Chiang Rai’s former governor Narongsak Osottanakorn, says he’s disappointed in Tom Waller’s movie “The Cave”. He said the film does not depict all the details of the real-life drama and is “wrong in some places”.

Narongsak went to a special premiere of Tom Waller’s movie “The Cave”, along with members of the team involved in the rescue, on Monday night. The movie follows the two weeks from the time the 13 young football players entered the Tham Luang cave until the completion of the rescue, focussing on the journey of the foreign rescue team members.

The governor’s role in the drama was down-played in the movie with the actor playing him only appearing briefly. But real footage of some of the governor’s media briefings was used.

Governor Narongsak was the commander of the Joint Administration Centre for Rescue Operations at Tham Luang. He was the ‘face’ of the rescue hosting regular media briefings and overseeing a lot of the operations.

“I really appreciate the film, Narongsak said. It shows how difficult was it to bring children and their coach out of the cave. Like everyone else, I really didn’t think it would be that hard at the beginning but it was only when I was there, in front of the cave, that I fully appreciated the difficulties involved.”

“The thousands of people who amassed in the area certainly didn’t make it any easier.”

The movie is critical of several Thai officials depicted in the movie as being over-officious and getting in the way of offers of assistance.

“Sadly the movie does not mention our four-part action plan. Namely to pump out as much water as a diver needs to help the children out; to explore the top of the hill to find an alternative entrance; to find the path of the water that flows into the cave; and identify the thinnest part of the cave wall to find where the children were and then drill,” he said.

The former governor said he also felt uneasy about the assault on the Thai government officers shown in the movie.

Waller told The Nation the film shows the rescue of the children from the cave by the team who participated in the real event. Waller also told The Nation that the governor only stayed in the theatre for a short time at the start of the movie before departing.

“I wasn’t there so my information comes from those who had interesting stories. Including one about a person who wanted to help but didn’t know who to contact. Also someone else who had to submit the ID card to receive a visitor’s pass. I wanted a balanced movie, not one that is biased. There were many elements in this movie”

Writing on his Facebook page Director Tom Waller said he ran into the former Chiang Rai governor after the premiere.

“In the first 20 minutes, he told me off for using false information in the trailer. He said it shouldn’t be claimed as being based on a true story. He was so busy that he didn’t introduce himself to Jim Warny.” (who is features in the film).

“I don’t want him to criticise the movie for the wrong information since he didn’t even watch the whole film. I admit there were changes but it’s a film.” 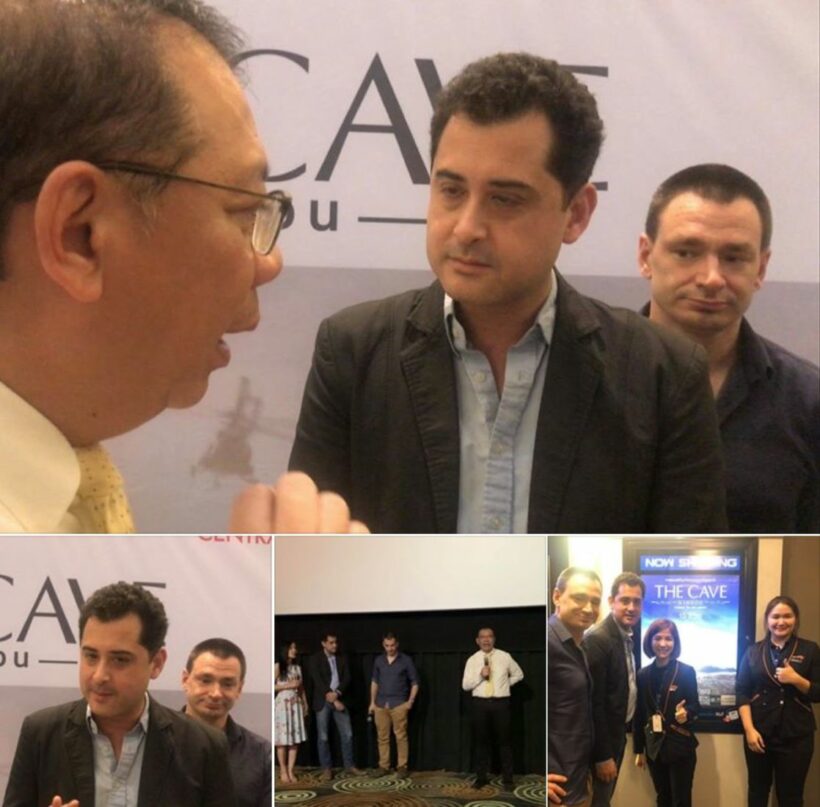 “The first quarter of 2020 looks terrible” – tourism in northern Thailand.