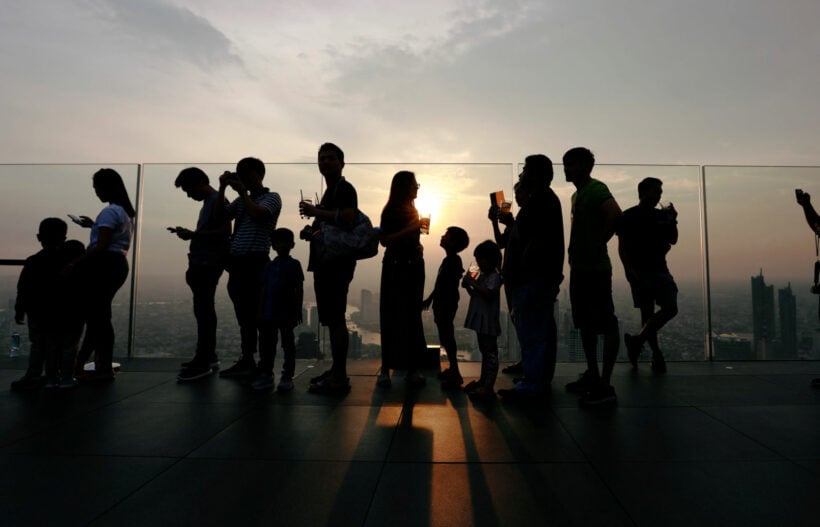 Thailand’s police and health workers continue to work with online influencers such as Drama Addict, Mam Po Dum and More Lab Panda, to help identify, and if necessary intervene, in people sharing distressing messages over their battles in the current Covid era. Police have also been recruited specialist to help to prevent suicides and provide counselling.

Thailand’s Department of Mental Health reported a 22% rise in the suicide rate in the first 6 months of this year, some of the rise, they say, could be attributed to additional hardships from the lockdowns, business closures and restrictions imposed during Thailand’s outbreak in the early stages of the global pandemic. There is also anecdotal evidence in a rise of foreign suicides during the Covid-19 pandemic although there are no official statistics about the current rates.

According to the WHO, in Thailand, depression causes a significant number of years of life lost due to disability. The study of burden of diseases among Thai population in 2013 showed that depression was the third leading cause of disability-adjusted life year (DALY) lost in Thai females, after cardiovascular diseases and diabetes, respectively. Among males, it is among the top 12 causes of disease burden. Stigma surrounding mental illnesses, including depression, remains a major barrier for seeking help from family, friends and professionals. But mental health officials say that depression is a treatable condition.

Mental Health Department Director-General Dr. Kiartipoom Wongrachit notes that the rise in the country’s suicide rate is of great concern. Dr. Kiartipoom said that 2,551 suicide cases, or 3.9 out of every 100,000 of the population, were reported in the first 6 months of the Covid-19 pandemic, compared to 2,092 cases for the same period last year.

“These people in distress are in need of help immediately. However, that is often difficult for health officials to contact them.”

“The department had solicited help from CSD police, as well as social media influencers, in a pro-active approach to help these people.

Police in Northern Thailand’s Chiang Mai Province have reported a 68 year old woman and her 41 year old son who committed suicide in their home on Thursday. Chiang Mai Police report that the pair were found lying side by side, dead, with a BBQ grill filled with ashes next to their bodies.

According to the sister of the deceased woman, the 3 lived together after the mother and son returned to Chiang Mai from Bangkok 4 years ago. Over the past few months, however, both mother and son had been complaining over their financial situation. As reported in CityNews, both had lost their jobs and had no income.

The sister told police that she had left the house to run some errands and returned to find the dead bodies. A suicide note thanked the elder sister for her “good care and telling her that this was the best solution”.

Chiang Mai Police have also reported another case of suicide. This time a 46 year old school teacher was found dead in his car, also with a charcoal burner inside the vehicle. Relatives told police that the man had been suffering from “some illnesses and was also stressed by life and his financial burdens”. The man also left a suicide note for his family.