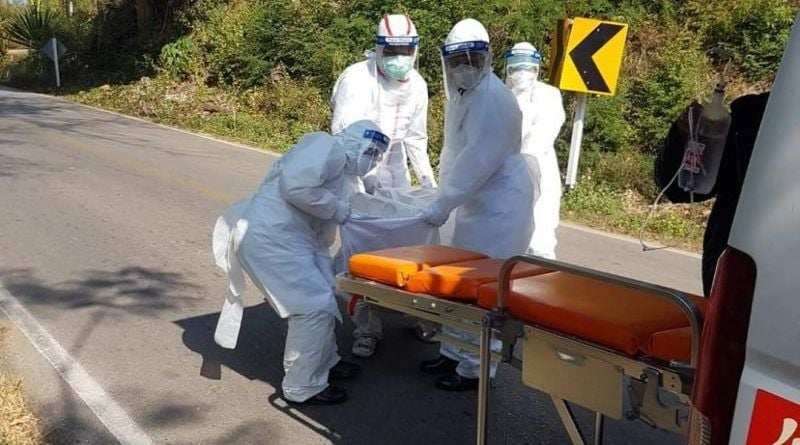 Police in Chiang Mai Province were notified Wednesday of a Chinese tourist who had passed away from unknown causes at a resort in Mae Rim. Fearing the spread of the Wuhan Coronavirus which has gripped Asia, officials went to retrieve the body wearing precautionary medical protective suits.

Dr Chatuchai Maneerat of the Chiang Mai Provincial Public Health Office reported later the same day that the tourist did not have symptoms of the virus such as coughing and sniffling, and her fever only started on the same day she passed away. Friends reported that she was in good health beforehand.

But now the cause of death has been revealed after a resort employee said he saw the woman and her friends drink 5 bottles of whiskey, without mixers. The tourist checked into the resort on Tuesday evening with 4 friends, bringing with them 4-5 bottles of whiskey. The employee claims he saw them drinking the whiskey straight. They started drinking soon after checking in and began drinking heavily at about 10pm.

The group drank heavily through the night of January 28 to the morning. Although the woman said she felt sick with a fever, the group continued drinking. She was found dead on her bed by her friends at 6am.

The resort employee believes she had alcohol poisoning and her death had nothing to do with the Wuhan Coronavirus as feared by the public.