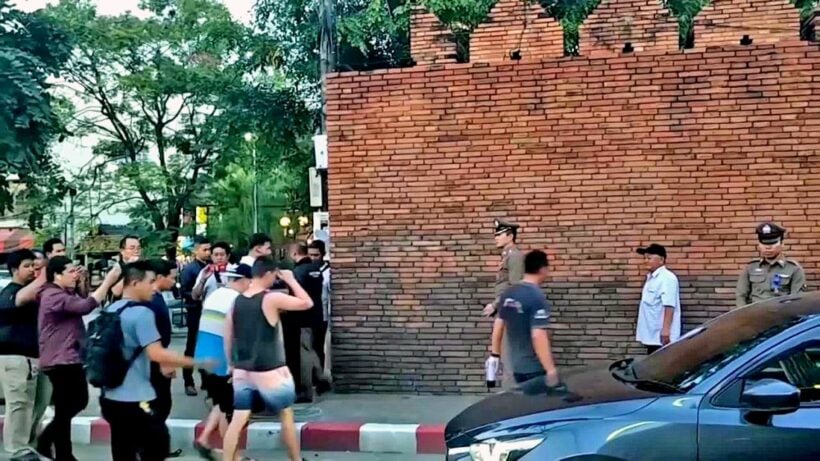 A Canadian woman, arrested in Chiang Mai for spraying graffiti on an ancient wall, says she’s sorry for what she did and “terrified about what comes next”.

22 year old Brittney Schneider, was in Chiang Mai last Thursday when she said she and some others got “ridiculously drunk.”

Speaking to Canadian media, she says they started to walk back to their hostel, but came across a bottle of spray paint and picked it up. She, and a friend from Liverpool, England, started spraying graffiti on the brick walls.

“I came to as I finished writing the ‘B’ and I stopped because I knew it was bad,” she claimed when speaking to The Canadian Press. She says she soon came to her senses.

“But it was already too late.”

Tha Pae Gate, originally built in the 13th century and then rebuilt and renovated a number of times, is part of an ancient wall that forms a square around Chiang Mai’s inner city. It’s a popular tourist attraction.

The pair were charged with vandalising “ancient artifacts”, which carries a penalty of up to 10 years in prison, a fine of 1 million baht or both.

Police say Lee, who is from Liverpool, England, admitted that he wrote “Scouser Lee” on the wall, while Schneider wrote the letter “B” underneath it. After they sprayed the wall they returned to their hostel and went to sleep, according to Brittney.