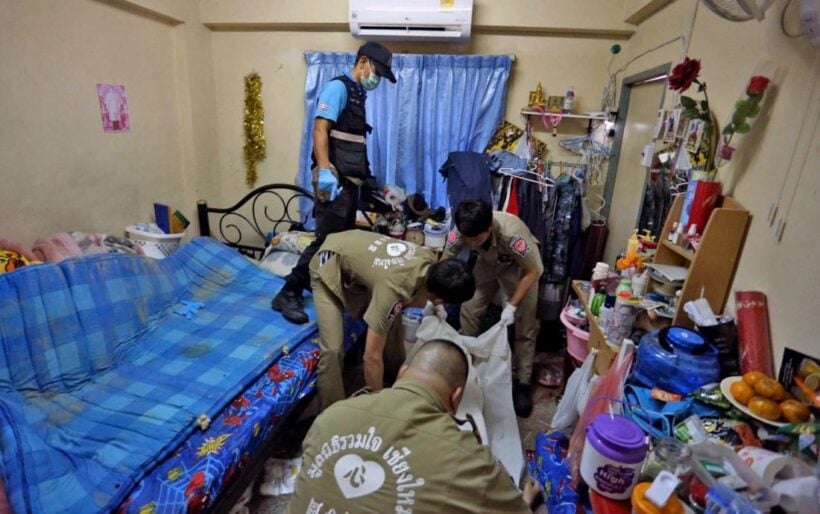 A woman’s husband and the woman’s young male lover were both killed after a short fight at an apartment building in Chiang Mai. The deaths were reported to the Chang Phuak Police Station at 7am yesterday morning (Sunday).

“When my brother found out about the affair three months ago, he got the landlord to evict Banphot,” Charoensap said.

Police speculate that Banphot might have held a grudge against Samruay and plotted to attack him later.

Banphot reportedly hid himself inside a bathroom of the room Suamruay’s family had rented and attacked Samruay the minute he opened the bathroom door. Samruay fought back and stabbed Banphot too.

“I heard noise of some kind of fight. So, I shouted to ask what was happening. My nephew said someone had killed his dad. At that minute, I saw a blood-soaked Banphot come out,” Charoensap said.

When police arrived at the scene, they found Samruay’s body inside the bathroom and Banphot’s body just outside the apartment building. 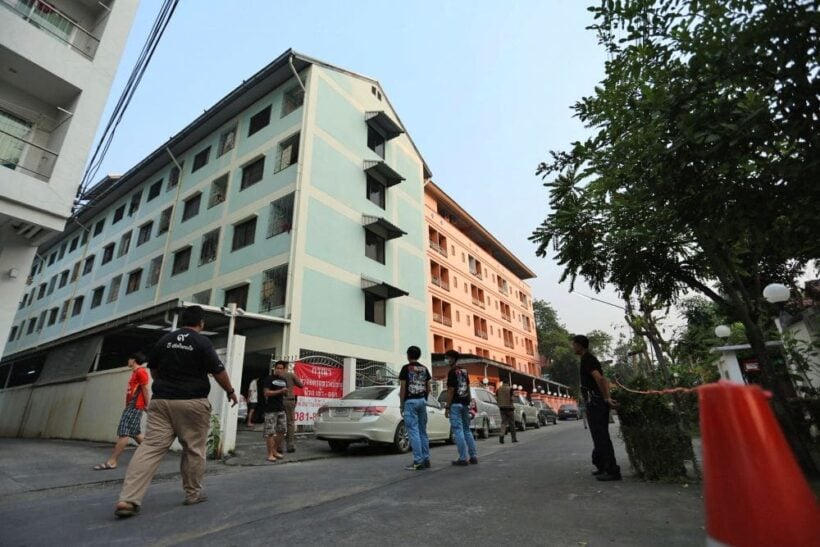 American falls to his death from a Chiang Mai apartment