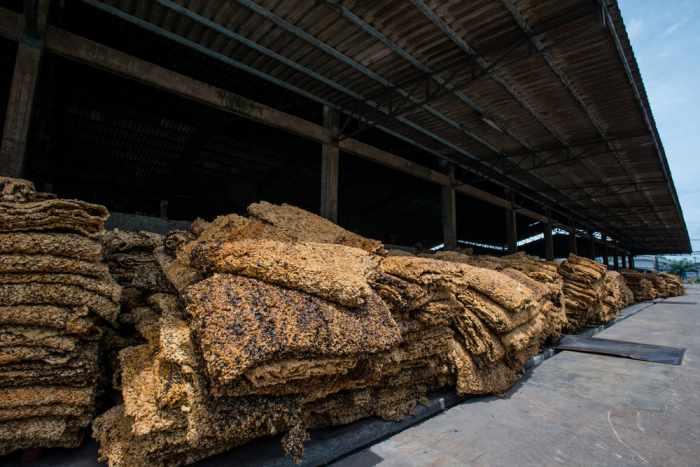 PHUKET: Thai rubber farmers who supported anti-government protests that led to a military coup in May say they feel betrayed because the ruling military is failing to help soften the blow of plunging rubber prices.

Thailand is the world’s largest rubber producer and exporter, but falling prices and a decision by the military not to extend subsidies risks alienating rubber farmers, most of whom are in the south.

The government was ousted in a May 22 coup but Mr Somkid, who is from the southern province of Surat Thani, said his hopes for a better deal for rubber farmers had been dashed.

“We stayed for months because we believed that a new government would not neglect us,” Mr Somkid said.

The junta has tried to step back from a culture of subsidies across the agricultural sector although junta leader Gen Prayuth Chan-ocha, who became prime minister on Monday, has said the government would offer some help, including soft loans for producers to buy fertilizer.

But disgruntled farmers say that is not enough.

Six rubber farmers’ associations plan to meet Gen Chatchai Sarikalaya, a member of the ruling National Council for Peace and Order, to voice their concern.

“We heard General Prayuth say on television last week that he cares about rubber farmers but the intention to help has come too late,” Boonsong Nabtong, chairman of the Federation of Rubber Planters Association of Thailand and a supporter of the Democrat Party, told Reuters.

There were no plans to protest, he said.

A bastion of the Democrat Party, southern Thailand is the main rubber-growing region.

The six months of protests in Bangkok that helped bring about the ouster of Ms Yingluck’s government were led by Suthep Thaugsuban, a former deputy premier in a government run by the Democrat Party. Mr Suthep, a southerner also from Surat Thani province, called on rubber farmers to help bolster the protests.

The program mirrored a money-guzzling rice subsidy program that cost taxpayers billions of dollars and fuelled opposition to the government from the establishment.

The military’s 2015 budget plan has already sparked criticism from some politicians for allocating too much money to compensate for the previous administration’s failed populist policies.