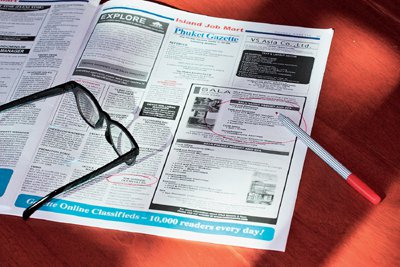 PHUKET: Industry analysts describe the labor shortage in the Phuket tourism industry as “critical”, with as many as 4,000 vacant hotel positions as the island enters its annual high season for tourism.

Bhuritt Maswongsa, a vice president of the Phuket Tourist Association, said, “The lack of hotel employees has now reached a crisis point with 3,000 to 4,000 unfilled positions. Most are rank-and-file positions such as hotel receptionists, food and beverage service staff, kitchen crew and room maids. There is no shortage of managerial staff.”

While Phuket already has a huge population of migrant laborers from other parts of Thailand, over 300,000 by most estimates, there are still not enough to meet the increased demand in the high season.

“Workers are aware that Phuket has the highest cost of living of any Thai province, but with monthly salaries not that much higher. Some companies have tried to solve the problem by providing free accommodation and other benefits, but they are still not enough to attract more people to apply for jobs, said Mr Bhuritt, who is also deputy general manager at the Patong Resort Hotel.

Many people in flood-affected provinces including Bangkok have been laid off, but Phuket’s reputation as an expensive place to live continues to deter people from seeking employment here. Fears of a recurrence of the 2004 tsunami disaster also continues to dissuade more migrant workers from relocating here, he said.

“In addition, a large segment of the unemployed nationwide are highly educated people who don’t want to work as service staff. They prefer management positions or opening their own businesses.

“The Government should step in and help solve this problem. Schoolchildren these days are only taught the value of education as it pertains to finding high-paying jobs. There isn’t enough emphasis placed on the value of the work experience,” he added.

The tourism industry labor shortage is a chronic, year-round problem in Phuket, but worsens during the high season when the number of visitors swells, he said.

Kritsada Tansakul, another PTA vice president, estimated the number of vacancies year round at about 1,800, the figure increasing to about 3,000 in the high season.

“This is the busiest time of the year for tourism in Phuket and labor demand has increased with the opening of many new guest houses. Those who work for a while and get enough experience move on to higher-paid positions, open their own businesses or move back to their home towns. This is why so many places are short of workers,” he said.

Mr Kritsada suggested that employers seeking staff in other provinces provide them with free transport to the island as a way of demonstrating commitment and reliability.

The PPEO organized job fairs in Nakhon Ratchasima and Si Sa Ket to try and attract workers to Phuket, but they weren’t very successful. Most people are deterred by the high cost of living in Phuket which is higher than elsewhere in the country, he stressed.