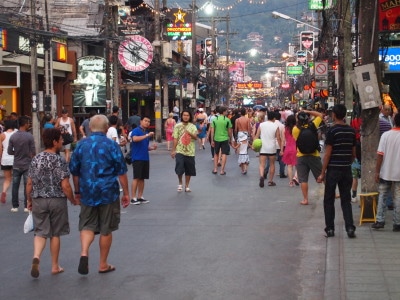 PHUKET: The recent bombings in Bangkok have not resulted in cancellations of hotel bookings in Phuket and the island’s tourism industry prospects for 2012 remain strong, the Phuket Tourist Association (PTA) has announced.

Barring a “major incident”, Phuket can expect to have strong tourist arrival figures from both Europe and Asia throughout 2012, PTA President Jirayus Somboon told the Gazette.

Sustained and aggressive destination marketing, including roadshows to India, has resulted in continued growth in the Indian inbound market, he said.

The recent bombings by Iranian nationals in Bangkok could have a small short-term psychological effect on tourist confidence in Phuket, but that the long-term outlook is positive, he said.

The perpetrators were after specific targets and not members of the general population or tourists. People understand that such acts of violence can happen anywhere at any time, he explained.

Nevertheless, Phuket province is complacent about potential threats. Knowing that any untoward events could do great harm to the island’s tourism industry, the province has stepped up security in key areas including popular tourist destinations and Phuket Airport, he said.

Mr Somboon also called on the central government to shore up Thailand’s image among foreign tourists by getting the message across that it is a truly safe destination, not a target for terrorists.

Locally, the PTA is teaming up with the Phuket Provincial Administration Organization (OrBorJor) and planning a series of roadshows, promoting Phuket as a year-round destination in existing markets and promising new ones.

PTA members recently visited two cities in Taiwan in March the hope of increasing the number of Taiwanese tourists visiting Phuket from about 55,000 annually to 100,000.

With financial assistance from the OrBorJor, PTA members will once again travel to the International Tourism Bourse (ITB) in Berlin in early March. July will see them embark on a three-city tour of Japan.

In late September they will attend the PATA Travel Mart in Manila, then the ITB Asia event in Singapore in mid-October.